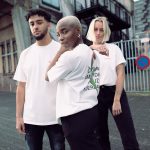 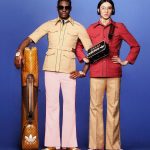 Zalando launches local campaign ‘In the streets of…’ and celebrates street culture in the Netherlands in all its forms as part of its streetwear campaign ‘Go Noticed’.

Talents from Amsterdam, Rotterdam, and Eindhoven invite Zalando to their local hub and show them around.

The campaign celebrates local subcultures in the Netherlands and showcases the forerunners of street culture from different communities with all their individuality, creativity, and flair. Dance, music, skating, and art – the talents in the campaign come from different subcultures in the Netherlands. The portraits shot in their natural environment can now be seen in their home city via framed outdoor posters.

Talents from different subcultures bring a unique style and interpretation of streetwear to life in the images, offering a glimpse into the diverse and colorful nature of the European streetwear community. The following local communities and talents are featured in the campaign:

Negara Faghir and Kim Butter wanted to create a safe place for women and queer people and initiated the first skate events exclusively for these two target groups. Their goal is to create an environment on the skating rink where women and queer people feel safe. Shortly after their first events in 2020, many joined their mission – skate collective NEW WAVE was born. They are committed to empowering those who are underrepresented and overlooked in skateboarding culture and society – and always will.

Rapper Leafs tells, both in his lyrics and through his influence of the local Dutch hip-hop culture, how his background has shaped him. Leafs is portrayed in Amsterdam’s Bijlmer, a neighborhood known for its unique street culture.

Sisters Tisja and Ziarah Janssen bring their passion together to inspire and motivate through their platform Sisters Janssen, where they visually share their values ​​with the world. The sisters felt they wanted to tell their story together by creating in union and making their own rules. Tisja and Ziarah combine their two visions into one work of art: the vision of a painter and the vision of a conceptual artist. The sisters strive for an inclusive and colorful world, in every sense of the word.

The culture of Breaking is what inspires the award-winning breakdance group The Ruggeds from Eindhoven. Breaking has taught them to be original, not only as individuals but also as a collective: they move with different bodies in the same frame of mind to achieve their common goals.

“The #GoNoticed campaign showcases a broad and diverse cast from across Europe and shows that streetwear can look completely different across the continent,” said Marius Brintrup, Zalando’s Head of Buying Men Shoes and Accessories. “At Zalando, we believe that our wide range gives people the opportunity to experiment and express themselves with streetwear. With this campaign, we want to show this and celebrate that anyone, anywhere can have an impact on street culture.”

The campaign was created in collaboration with the creative agency Glamcult Studio and will be shown in the Netherlands for 12 weeks.