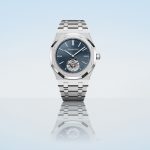 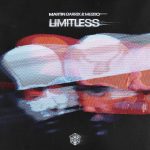 Zalando, a leading platform for fashion and lifestyle in Europe, has launched its latest campaign, ‘Go Noticed’. This
campaign will highlight the unique personal style that is at the heart of street culture. The concept of ‘Go Noticed’ is based on the heritage of streetwear, born from individuality, creativity, and flair.

The docu-style TVC features influential figures across the European Streetwear scene, including the Dutch dance group Let It Happen. Each creative brings their own unique style and interpretation of streetwear to the film, producing a piece that reflects the diverse and colorful nature of the streetwear community across Europe.

The TVC is shot by New York-born Artist and Director Clayton Vomero and French Photographer Maciek Pozoga. It is styled by Dazed & Confused Fashion Editor Imruh Asha. Asha worked with the trendsetting TVC talent across Europe to highlight the power of the individual to shape an inclusive and open streetwear culture, championing its progress.

“The #GoNoticed campaign features a broad and diverse cast from across Europe, who prove that streetwear can look brilliantly different across the continent,” says Marius Brintrup, Zalando’s Head of Buying Men Shoes and Accessories. “At Zalando, we believe that our vast assortment gives people the chance to really experiment and express themselves through streetwear. The campaign looks to showcase this and celebrate the influence that anyone, anywhere can have on streetwear culture.”

During March and April, Zalando will also provide the styling for Aron Piper during his music tour in Spain. Aron will be sharing his ‘Daily Style Fits’, giving fans a preview of the streetwear items he will be wearing during each of his gigs. The looks will also be hosted on Zalando channels.

The campaign will be brought to life across numerous formats including OOH, DOOH, personalized marketing, Social Paid & Owned, Onsite, App and owned social channels. The 360 campaign was created in collaboration with creative agency Convoy and will run for up to 12 weeks in the following markets: France, Netherlands, Belgium, Poland, Czech Republic, Switzerland, Spain and Italy.

Megan Keller Maley, General Manager for the Benelux, UK, and Ireland at Zalando, says:
“We believe that our expansive assortment of fashion and beauty brands gives people the opportunity to express themselves creatively. With this campaign, we offer inspiration and originally styled looks from our streetwear category. Thanks to our partnership with “Let It Happen,” formed by the sisters Norah, Yarah and Rosa, we have three incredible local talents who inspire everyone through their performances and their style.”

Zalando will continue to celebrate the streetwear community with its digital magazine, Zalando Street. Each issue invites guest curators to share their personal stories of emerging and evolving streetwear cultures. The latest issue focuses on the emerging music scene in the Netherlands. It features rising star, RIMON and explores the rich cultural diversity that’s inspired the next generation of producers, DJs and artists.

Find out more on the campaign hashtag: #GoNoticed and by following Zalando Street on Instagram.