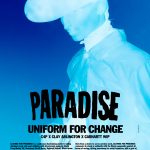 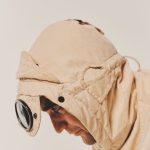 Zalando launches the Festival of Optimism

Zalando, Europe's leading online fashion and lifestyle platform, is hosting the 'Festival of Optimism' celebrating fashion and art and bringing people from across the continent together to dance, sing and laugh – as part of the new summer campaign' Activists of Optimism'. During the festival, various events and playful pop-up initiatives are organized throughout Europe to spread happiness and create connection after a year full of lockdowns and restrictions. On Saturday 19 June, Zalando will let the Netherlands go wild with paint bombs at the Wall of Optimism in three major cities. In front of The Student Hotel Amsterdam City, on the Stationsplein in Utrecht and in the middle of the Markt in Maastricht, passers-by can write positive thoughts on paint balloons and throw them against a wall. With a colorful explosion of paint, they literally spread their positivity and collectively create a 'Wall of Optimism'. Zalando captures this moment with Polaroid photos that the participants can take home. The festival will conclude on June 21 with The Longest Set of Summer, a 16-hour DJ set. Together with Mixmag, the largest magazine for dance music and club culture, Zalando hosts a live stream from dawn to dusk that can be followed for free on Mixmag's YouTube channel.