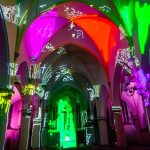 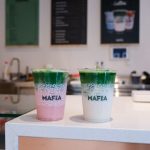 Zalando celebrates its tenth anniversary in the Netherlands with a campaign in which Ronald van der Kemp has upcycled ten items from ten Dutch brands to ten 'couture looks'.

Zalando Netherlands is celebrating its 10th anniversary in style and is launching a new campaign in collaboration with ten Dutch brands, including Scotch & Soda, G-Star, WE Fashion and MUD Jeans. Of these ten brands, the ten most iconic items of the past decade were upcycled by the world's first sustainable couture fashion house, RVDK Ronald van der Kemp. The campaign "Story of a Decade" takes a look at fashion from the past, today and the future through ten upcycled couture looks.

Ten years ago, zalando.nl went live, two years after the founding of Zalando in Berlin. What started as a start-up selling shoes online has grown into Europe's largest online fashion and lifestyle platform in just ten years. Today Zalando attracts more than 34 million customers in 17 countries. Ten years ago, the first Dutch brands immediately joined Zalando, including G-Star and Scotch & Soda. Today they are also part of the anniversary campaign "Story of a Decade".

"With this campaign we want to put our partnership with local Dutch brands in the spotlight. After all, we can only achieve our ambition to become the starting point for fashion in Europe in collaboration with our brand and retail partners. With the upcycled looks, we not only want to celebrate the achievements of the past ten years, but also take a look at the future of fashion, of which sustainability is an important part,"said Jacintha De Graaf, Head of Zalando Benelux.

Starting today, Zalando will be putting local Dutch brands in the spotlight for ten days. The following ten Dutch brands are participating: Scotch & Soda, WE Fashion, G-Star, Mud Jeans, Fabienne Chapot, Stieglitz, Kings of Indigo, Goosecraft, ETQ, Denham. For each of these brands, Ronald van der Kemp created 10 couture looks with leftovers from his own previous collections, tailored to ten special Dutch talents. This collaboration resulted in daring and surprising looks with a high couture content.

Ronald van der Kemp, designer: "Zalando is taking important steps in these times of change in which sustainability and diversity are central. We think it is great to be able to contribute to this. For this anniversary, Zalando asked us to create a celebration of personality, diversity, creativity and sustainability. With these looks we try to enlarge the personalities of the influencers and give the clothes a look that suits our times."

We had a great chat with Ronald about the collaboration.

How did the collaboration with Zalando and you start?

Since starting with my label one of our main things was sustainability and diversity in fashion, and now that’s a hot topic. We share these values, thus Zalando approached us to work on this project. And I love the idea of working with existing materials and to make it into something unexpected or new. To make it look different, or give it new content. That’s also why we worked with many different influencers on this project, to inspire people to be proud of who they are and to express themselves.

Where was fashion for you 10 years ago and where do you see it 10 years from now?

I think my biggest thing is that people should be more individual, discovering who they are. I think 10 years ago people were  following someone that might not even be real (think filters etc.), wiping away their own personality in that sense, I hope that now and I think that people are waking up and should not try to hide, come out and embrace it. I think that is what's needed now and people are exploring that more than ever before. Also now you can reach so many people internationally with social media channels, in a way that can be both good and bad, but when people become more individual, that makes the world more exciting, especially in fashion.  I think in fashion we should produce way less and be very creative, we should also find ways to sell fashion and not neccesarily product. You can also sell a dream or an experience, think of perfumes for example. Selling a dream is definitely something bigger than just a product.

See more about the campaign: https://www.zalando.nl/zms/10jaarzalando/