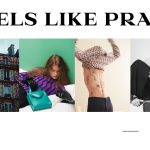 This campaign focuses on three inspiring stories of athletes. Assisted by well-known personalities and athletes Arie Boomsma and Inge de Bruijn, Zalando selects three talents for their latest campaign: Romy Rockx from Rotterdam, a trans man with his own gym for queer people, Rosalie van Druenen from 's Hertogenbosch, a young swimmer with a prosthetic leg training for the 2024 Paralympic Games and the Hadda family from Eindhoven, who have started a gym, Totally-Fit, where the community can feel welcome.

Zalando hopes to inspire and motivate people to start exercising (again). The campaign will go live during the Olympics on July 28.

Last June, Zalando appealed to all Dutch people to sign up and stand a chance of a motivation boost. Zalando selected three special sports stories for this campaign. Driven by ambition and passion, Romy Rockx, Rosalie van Druenen and the Hadda family have been captured in their daily lives by Zalando. Assisted by gym owner, presenter and ally of the LGBTQIA+ community Arie Boomsma and former top swimmer and four-time Olympic champion Inge de Bruijn, Zalando provided the three candidates with support and guidance during training and coaching sessions, with the aim of capturing their personal transformation and growth. promote their gyms.

Megan Maley, General Manager Zalando Benelux, explains: “With the 'Supporter of Sportsmen' campaign, we want to appeal to all Dutch people to bring out the best and strongest version of themselves through sport. It has been clear to us for some time that a little extra motivation and the right equipment influences your confidence and performance. That is why we think it is important to support local and diverse talent and to provide a platform to inspire people with their personal sports story. The campaign follows the success story after our sponsorship of RKSV Sterksel, the fifth-class finalist that has completely regained confidence and fun in the game thanks to Zalando's support.”