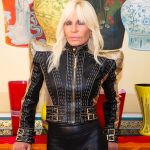 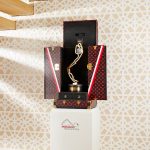 PLAYING IT SAFE? ABSOLUTELY NOT. BELIEVE IN THE IMPROBABLE. PURSUE THE UNREACHABLE. YOU NEVER KNOW IT’S POSSIBLE UNTIL YOU DO IT. WHY NOT GIVE IT ALL YOU’VE GOT?

In 2017, Yves Saint Laurent Beauté took the first letter of its founder’s name, turned it into a question, and named a new scent after it… Because everything starts with a Y. Contrasting vivid radiance and addictive intensity, Y offers a striking new take on the fougère — the most iconic masculine fragrance family –, composed by a true rock star among noses, the Master Perfumer Dominique Ropion (IFF). The Photographer: David Sims.

Today, with Y LE PARFUM, YSL Beauté pushes back the boundaries of masculine perfumery even further by exploring the intense shot of cleanness and sexiness of the fougère. Matching vibrant lavender against the strength of black cedarwood, Y’s richest variation yet is a forceful olfactive statement. An exceptional long-lastingness for an infinitely sexy and fresh sillage on the skin.

Intense? Absolutely. Edgy? The name says it all. Nothing but the boldest, most potent scent would dare to call itself Y LE PARFUM. It’s not a question. It’s an answer.

THE MAN Y: THE INDEPENDENT EXPERIMENTER

Y LE PARFUM captures the spirit of the Y man, embodied by Y’s iconic ambassador, rock legend Lenny Kravitz. A dreamer and risk-taker, an avid experimenter and multi-talented creator, always forging ahead on the path to self-accomplishment… Whatever he does, the Y LE PARFUM man is a total rock star. Absolutely free-spirited. Intensely independent. Never afraid to defy the status quo. Why not? He doesn’t care about other people’s judgment. Never afraid to experiment. To make unexpected choices. Because he collects experiences like badges of honor.

Here’s a man who lives to his own beat and does his own thing. Because he knows self-accomplishment comes from creating your own journey. Following your intuition. Being true to your music.

Just like a visionary performer can interpret the same song in strikingly different ways, the Master Perfumer Dominique Ropion has created compelling variations of Y. Each with its distinctive feel, but the same strong identity: a contrast between clean and sensual. Yconic and edgy. Black & white. In Y LE PARFUM, he creates this contrast by playing off the radiance of lavender against the strength of cedarwood. Top-notch ingredients, exclusive to YSL Beauté, that give Y LE PARFUM its melody, underscored by the primal beat of incense, the olfactory signature of the Y variations. The composition opens with a soaring hook, as a crunchy green apple note reveals its fruity facet. Mouth- watering grapefruit introduces lemony ginger and elemi.

The energy of that upbeat accord is boosted by an overdose of aldehydes, molecules that smell of a freshly ironed white tee-shirt. Like the pulsing riff of an electric guitar, their metallic vibe resonates with the cool incense accord that runs through the scent. Floral, crisp, and minty, geranium extends the radiance of the sparkling opening as Y LE PARFUM segues into a more sensual mood.

Diva lavender heart and lavandin heart from France, both crafted for YSL to enhance the freshest, most seductive facets of the flowers, give Y’s fougère structure a uniquely rich, velvety texture. More intense than ever, the orange blossom accord, rounded out by coumarin, with its tones of almond, tobacco, and hay, perfect this interpretation of the most iconic of masculine fragrance families.

The mood gets darker as the bass vibes of another couture ingredient, Virginia Cedarwood Heart from USA, take over.

Classically used in masculine perfumery, Virginia cedarwood yields an essence that gives off the scent of a freshly sharpened pencil. To reveal its creamiest, warmest, most sensual facets, this oil is re-assembled through molecular distillation to whittle out its rougher notes. Sculpted and polished, the resulting essence, turns cedarwood oil into a streamlined, uniquely elegant material: Virginia cedarwood heart.

Deep and resonant, this potent cedar is bolstered by an Indonesian patchouli and dark, resinous olibanum essence, it brings a sensual dimension to the drydown of Y LE PARFUM.

Smooth elegance. Raw power. Why not give it all you’ve got? Experience Y LE PARFUM’s absolute intensity. Be YSL, absolutely.

In YSL Beauty’s new print campaign for Y, it is the iconic portrait of a rock star: Lenny Kravitz looking boldly, straight into the camera, elegantly holding his guitar, sharply dressed in his YSL suit… His charisma is captured by David Sims, an acclaimed fashion photographer whose impeccably cool credentials include i- D, where he debuted his career in 1985, The Face, Dazed and Confused, the US and French Vogue, W magazine, and Harper’s Bazaar. The Sheffield-born David Sims began his editorial career in 1985 shooting for i-D. Named Photographer of the Year in 1996 at the International Festival of Photography, David Sim’s work has been exhibited across the globe, with solo and group shows at the Museum of Contemporary Art Tokyo, the Fotomuseum Winterthur in Switzerland and the Institute of Contemporary Art in London, among others.

WHICH Y IS FOR YOU?

Y EAU FRAÎCHE (2020) expresses the first, energizing rush of creativity with a shot of crisp, icy lemon and geranium splashing against clean, strong peppermint and cedarwood. Find your freshness.

Y EAU DE TOILETTE INTENSE (2019) encapsulates the sense of rush just before a performance with a daring match of orange blossom and cocoa. Living for the thrill.

Y EAU DE PARFUM (2018) is the darker take on the original fougère’s play on light and shadow. This iconic fragrance blends sensuous woods with sage and geranium, projecting a long-lasting trail infused with confidence and adrenaline. A feel-cool fragrance, the scent of accomplishment.

Y LE PARFUM joins a range of fragrances reinventing fougère, the most iconic genre in men’s perfumery. A new step in self accomplishment. Diva lavender heart and lavandin heart from France, give a uniquely rich, velvety texture. And everything gets darker with Virginia Cedarwood Heart from USA, the deepest, most resonant, and sensual character of the wood.