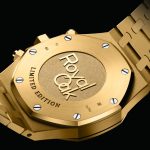 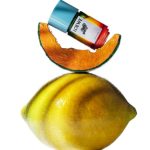 Men Music On the Playlist Portrait

Yazija steps Out into the open

Yazija finds himself at the intersection of music and performance art. Through his music, which blends pop, soul and modern R&B, Yazija investigates various themes that play an important part in his life such as the identity of self, gender roles, and masculine vulnerability.

His debut single and PRV (Performance Registration Video) Out isa refined reflection on his own identity. “For such a long period of time I’ve been too insecure to share my true self with the worldand for long I did not understand why. It was only until I got introduced to professor Kimberlé Crenshaw’s work on intersectionality that helped me understand my complex position; being a queer man of color living in a rigid patriarchal society. My debut single ‘Out’ marks the beginning of a journey through which I hope to uncover all the parts of myself that I have subconsciously repressed for too long”, he says.

“I’m out in the open,” he sings in the opening line. From the very start of the music video, the focus is on his movement, on his silhouette, as he confronts the viewer with a gazeinto the camera. He shares the room only with Calla Lilies – which symbolize rebirth and are used frequently by Robert Mapplethorpe,a photographer who is of great inspiration to him- as he moves his body over screaming guitar solos while hisshadow fluidly dances across the wall.

Art plays an important role in Yazija’s universe. He knows how much of a savior it can be and has a deep knowledge of how it can help us understand ourselves and each other. “Art is a beautiful language created by us humans which often helps us speak the words we dare not to say. Every work of art is an expression of an individual’s own complex experience, a point of view of their life in this world,” he says. With that in mind, the performance registration video for Outand the experience of the listener or viewer was always going to be an important aspect of the single.

When considering the visual, he was inspired by artist and filmmaker Isaac Julien CBE RA’s 1989 film ‘Looking For Langston’. He loves its captivating cinematography along with the urgency the film expresses and the fact that Julien made the film knowing the topics could cause controversy. After meeting Yazija in London and hearing a demo of Out, Julien offered to become a long-distance mentor to the young emerging artist and helped him realize his debut PRV.

For the characters in ‘Looking for Langston’, dance is an incredibly urgent form of expression and fortitude in the face of repression, and Yazija embodies this rebellion. Growing up, he would barely dance in public through fear of others thinking he was expressing himself too freely, but as he fearlessly spins and steps his way through the video for Out, he takes a determined stance against all those who bear judgement. “With this release I’m saying forget all that. I’m gonna be me unapologetically,” he says. “The world needs to know that nothing makes my heart race likeperforming and living my truth.”

Out by Yazija is streaming on all platforms now, click here to listen.