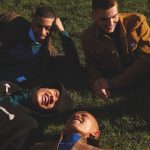 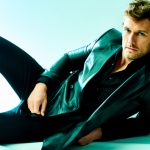 Yamazato, a traditional Japanese restaurant located in Hotel Okura Amsterdam, is the first traditional kaiseki restaurant outside of Japan that is awarded with a Michelin star. Executive Chef and Manager Masanori Tomikawa, who is behind the authentic Japanese haute cuisine, prepares the multi-course experience for the guests with traditional Japanese ingredients in a minimalistic style. The typical Japanese materials and interior of the restaurant give you an instant feeling of being in Japan.

Being the Executive Chef & Manager of the first Michelin star winning restaurant outside of Japan, makes me very proud. Our restaurant is one of the few high level authenic Japanese cuisines in Europe, so that is also a surprise for the people.

About 20 years ago the Japanese cuisine was not that popular in the Netherlands, except from sushi and tempura. Nowadays, everybody is aware of the Japanese cuisine, also due to the fact that it became a popular destination.I go to Japan four to five times per year and I noticed that it’s not just Japanese people anymore who are travelling to Japan. More and more Europeans, also Dutch people, are travelling to Japan. When I ask them if they have been to Japan, you will ofter hear that they've been twice already.

2. When and how did your interest for cooking develop? Did you always  know this is something you wanted to do?

My interest in food started at an early age. I was around10 years old and my parents, owning their own book store, didn’t have much time to cook so we went out for dinner a lot and got acquainted to many different tastes and dishes. Also, my mother was mostly cooking fish, asshe was born near the sea coast.When I started school, I worked part-time at Hotel Okura Tokyo as a porter. Here I saw the chefscookingall the time andthis inspired me a lot.This was the moment I started thinking, maybe I'd like to be a chef someday.

3. Tell us more about the development of your career, before and since you moved to Amsterdam.

Iinitially started working at Hotel Okura Tokyo, where they also have Yamazato Restaurant and I got the opportunity to do a one-year training course in the kitchen. Curious to learn more about Europe, I decided to continue my career in Amsterdam in 1984. For 17 years I worked with chef Oshima. I have learned a lot from him, especially techniques, skills and speediness.In 2002 I returned to Japan to gain knowledge and experience. During that time I visited the Okurain Kyushu island to learn about their cultures and about the fish. In 2005 I came back to Amsterdam as Chef de Cuisine of Yamazato. Since 2010 I am responsible for the traditional Japanese Yamazato Restaurant and Teppanyaki Restaurant Sazanka, Okura’s other Japanese restaurant.

4. Can you tell us a little bit more about the difference between the Japanese cuisine and Kaiseki ryori?

Usually when talking about Japanese cuisine, people think of Japanese food in general, like sushi. Kaiseki Ryori is the most authentic type of Japanese cuisine and it focuses on the purity of traditional Japanese ingredients in a minimalistic, balanced style. At Yamazato, we have three Kaiseki menus – Aoi kaiseki, Yuki kaiseki and Hana kaiseki. They are more like course menus, offering a complete experience when combined with sakes or wines, selected by the sommelier.

5. What are the inspirations behind your dishes?

I certainly get inspired by the season. In the kaiseki cuisine it is crucial to create dishes that are in absolute harmony with the season. The connection with nature is very important in the Japanese culture, which is why we don’t use only traditional Japanese ingredients, but also incorporate Dutch seasonal food into our menus – such as white asparagus in our spring menu. Each season provides us with different ingredients and because of that our menus change very often. This goes beyond the seasonal menus that you will find in most restaurants in Europe. Moreover, the connection with nature can also be found in the decoration of a dish, e.g. the brilliantly coloured autumn leaves in our autumn menu and the beautiful cherry blossoms during spring. Seasons are really important to us, not only our menus are influenced by it, also the flowers in the dining areas, tableware and kimonos of the waitresses change according to the season.

Mostly classic. When Hotel Okura Amsterdam, and simultaneously Yamazato Restaurant, opened its doors in 1971, the Japanese culture was still fairly unfamiliar in the Netherlands and poorly understood. The first years were hard as the Japanese chefs found a food culture that was rather different than they had been accustomed to. Many products, including rice, vegetables and fish were flown in from Japan. Because of the cost involved, this was not a sustainable solution in the long run, also because kaiseki ryori tends to pay homage to local ingredients. The chefs did their best to find sufficient European products and where necessary, they helped food producers to upgrade the quality of their produce. The attention that was given to acquiring the highest quality ingredients, as well as the total dedication given to the preparation and presentation, finally conquered the hearts of the Europeans. Nowadays, the Japanese culture has greatly evolved in Europe and the Netherlands. Not only in the restaurant scene but also in the supermarkets you can find Japanese products. At Yamazato Restaurant, we serve the authentic Japanese haute cuisine, like how it’s served in Japan.

7. Which is your favorite ingredient that you use in your dishes and why?

Dashi. People know about Umami, which is a flavour that is obtained from dashi. This ingredient isused a lot at Yamazato Restaurant and we can’t do without it. It creates balance and harmony in a dish.

8. So far, which memory or moment in your carrer as a chef stands out the most to you?

Taking over the management of Yamazato, a Michelin star restaurant, in 2010 from chef Oshima.

9. What would you say is the most special thing about Yamazato restaurant for the guests?

Yamazato Restaurant is situated in Hotel Okura Amsterdam. A lot of international guests are coming here. Our cuisine is not fusion, it's really authentic. So I like to keep it this way, to show more of the Japanese culture. Not onlyis the cuisine very authentic, but also the setting is typical Japanese. It feels like entering a different world and creates more understanding for the Japanese culture, including traditional Japanese festivals that are celebrated at Yamazato as well.

10. What can we expect from you and Yamazato in the future?

I'd like to show more of what Japanese cuisine has to offer. Show more of Japan to the guests. But it's still a challenge for us to bring all the ingredients here. I hope in the future it will become easier to transport these from Japan to the Netherlands.

for more information and bookings please visit their website:www.okura.nl/yamazato