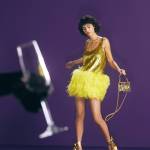 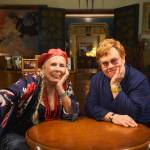 Ahead of X100, the new one-off festival concept organized by Berlin Atonal, we had the pleasure of speaking to LABOUR, the Berlin-based sonic entity led by Farahnaz Hatam and Colin Hacklander and curators of X100. Their practice explores perception and social situations through digital sound synthesis, algorithmic composition, percussion, psychoacoustics, and sound for architectural spaces while fostering a heightened sensory awareness for the listener by promoting active listening, and recognizing that acoustic space approaches one externally, yet remains primarily an internal space.

With their show ’LABOUR presents sungazing’ Farahnaz Hatam and Colin Hacklander will dive into the obscure practice of ‘sungazing’ as an organizing concept that references ancient Zoroastrian wisdom involving light and fire. The piece is essentially an ode to the one who pursues an experimental lifestyle – an ode to the avant-garde.

Since when are you involved with Atonal, and what’s your connection to it?
We’ve always been really active in Berlin’s experimental music and avant-garde scenes. With Berlin Atonal, we’ve been involved in some capacity every year since 2013 when the festival returned. We have premiered all of our own significant works there as LABOUR and also created both musical and discursive programs over the years.

You are the curators of X100. What is important to you when creating the line-up?
We anchored the program with works by Xenakis himself, including electronic masterpieces, works for strings and vocals, and killer pieces for percussion. For the contemporary acts, it was important for us to find artists who represent the contemporary avant-garde as a whole. This includes a balance of artists working directly with his ideas, and others who are doing their own thing. Like this, we wanted to present Xenakis in a modern-day context quite different from what you may find at the symphony or academy.

Let’s talk about Iannis Xenakis and his influences. What inspires you, and what techniques do you incorporate the most in your productions?
We are proper nerds when it comes to Xenakis. He developed a formidable arsenal of compositional techniques (including wild stuff like stochastic synthesis, arborescences, and proto-granular synthesis) and also made audio-visual works on a massive scale. Once in Iran in the 1960s, he made a huge piece at the ancient site of Persepolis that had lasers, 92 spotlights, 59 loudspeakers, and 150 children carrying torches in the hills to represent truth and light. In our pieces as LABOUR, we are definitely inspired by the massive scale of his thought and his productions.

Would you say that it has shaped your sound, and if so in what way?
Not only were Xenakis’ sounds themselves wild and imaginative but also the systems of organizing them. We love his use of Glissandi, noise, sampling, and processing instruments. Farahnaz synthesizes the electronic sound of LABOUR on her own using a complex coding environment called SuperCollider. Here we are able to apply many of the mathematical and algorithmic ideas that Xenakis showed affinity towards. His music is complex, precise, embraces noise, and contains a sense of ritual – we’d like to think our own music has the same.

What is your favorite piece of Xenakis?
Literally every single percussion piece! We are proud to have several at our X100 festival, including the magnificent “Pléïades” which includes a unique metal instrument Xenakis invented called the “Sixxen”. Perhaps our favorite electronic piece is “La Légende d’Eer”, spatialized over multiple speakers at X100 by the Xenakian scholar, Sergio Luque.

What will your show resemble and what role do you expect the audience?
Our show, LABOUR presents sungazing, is our most extensive scale work so far. This piece uses the entire massive space of the Kraftwerk powerplant with 30 drummers, 7 string players, 4 dancers, 2 drumsets, 3 visual artists, a light spectacle, and of course electronics. Using this obscure practice of ‘sungazing’ as an organizing concept that references ancient Zoroastrian wisdom involving light and fire, our piece is essentially an ode to the one who pursues an experimental lifestyle, an ode to the avant-garde.

What are the best places for experiencing sound in Berlin?
Besides our studio at Callie’s Berlin definitely the Kraftwerk. This former powerplant acts like the largest cathedral you’ve ever experienced. The juxtaposition between powerful loudspeakers and acoustic drums is transcendental.