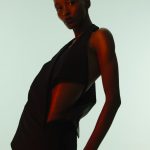 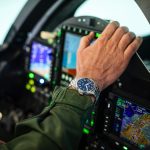 Food Lifestyle Style Things to do

Only 3 ingredients make the traditional Old Fashioned cocktail such a classic; bourbon, sugar and Angostura Bitters. Because of the simplicity of the cocktail, possibilities for variation are endless. During Old Fashioned Week, Woodford Reserve invites everyone to discover flavorful combinations on this inspiring classic, experiencing the versatility of this cocktail icon.

Both Woodford Reserve and the Old Fashioned are originally from the U.S. state of Kentucky. According to cocktail historians, the name of the cocktail was first used at the Pendennis Club in Louisville in the 19th century. The name became popular when Colonel James E. Pepper introduced it to New York high society at the Waldorf Astoria hotel in 1881. Today, it is the world's most famous classic cocktail.

Old Fashioned Week started in Paris in 2015 and quickly became a global event. Woodford Reserve Old Fashioned Week is now an annual celebration for bartenders and anyone who enjoys classic and masterfully prepared cocktails.

Experience this glorious cocktail celebration and visit the bars and restaurants that turn out with their ultimate cocktail creations during Old Fashioned Week. Will you be there? Let them know with the hashtag #OFSpectacle and tag or follow their socials; WoodfordReserve, oldfashionedweek and RedCarpetSpirits.