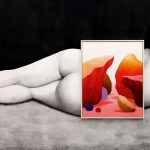 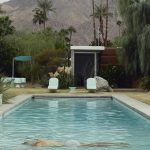 Who is Arata Isozaki, best architect of the year ?

Winner of the 2019 Pritzker Prize, Japanese architect Arata Isozaki is driven by a constant desire for renewal, his constantly evolving architecture reflecting the changing times in which we live.

At 87, Arata Isozaki is now a little on the retiring side: the winner of the 2019 Pritzker Prize, the highest distinction in the world of architecture, no longer gives interviews, but his buildings are there for all to see. In his 60-year career he has realized around 100 projects in his homeland (such the 1990 Art Tower Mito cultural centre, symbolized by its twisting titanium tower), but also buildings in the U.S. (for example the 1986 Los Angeles Contemporary Art Museum and the colourful Postmodern 1991 Walt Disney World Resort headquarters in Florida), in China (the 2008 Central Academy of Fine Arts Museum in Beijing and the very sculptural 2012 Shanghai Himalayas Museum), in Spain (the 1990 Olympic Games complex in Barcelona and the 1995 Domus Museum of Mankind perched above the sea in A Coruña), in Italy, where he has an office (the 2011 Maranello Library and the 2014 Allianz Tower in Milan, which reinvented skyscraper architecture) as well as in Qatar (the 2011 National Convention Centre in Doha with its spectacular columns in the form of roots). But in France, we haven’t been so lucky, which is perhaps why he’s less well known here than the seven of his compatriots who have previously won the prize (among them Shigeru Ban, in 2014). With a whopping eight of its architects having been awarded the Pritzker, Japan is the country that has carried off the prize most often, alongside the U.S., depending on exactly how you choose to count the number of winners.

“I couldn’t stop at just one style.

The only constant in my work has been change.

Paradoxically, it’s become my own style.”

To see Isozaki’s architecture, you’ll therefore have to travel, and in doing so will discover the oeuvre of a man who always refused to practice one single style, instead merging references, genres and cultures. “I couldn’t stop at just one style. The only constant in my work has been change. Paradoxically, it’s become my own style.” As a result, he’s impossible to categorize, one of those architects for whom form, as a preconceived idea, doesn’t count. That doesn’t mean that he doesn’t think about or work on form, but it is dictated primarily by what has already been planned. “It’s often from studying the function, history and site where a building is to be constructed that a concept is born,” explains Andrea Maffei, an Italian architect with whom Arata Isozaki & Associates built an office complex in Milan in 2005.

Isozaki, who was born in 1931 in Oita, in southern Japan, confirms that for him architecture becomes interesting when it allows “the senses to perceive something invisible … For me, architecture must be a means of revealing something that exists but which is intangible.” It’s worth pointing out that his first contact with the discipline came through an absence of architecture, via the ruins of something that had disappeared. “When I was old enough to begin to understand the world, my home town was burned to the ground. Everything was in ruins, there was no city and not even any buildings. My first experience of architecture happened in the context of a void,” he recalls. Later in his career, the void as a founding principle would not be without connection to the concept of ma, which is central to the Japanese and is defined as sort of in-between, an interval separating two things – an essen – tial notion in architecture.

Between his architecture diploma at Tokyo University, which he completed in 1954, and the creation of his own firm in the Japanese capital in 1963, Isozaki finished his training in two ways: by travelling and by working for Kenzo Tange. “I wanted to understand how people lived in different places. In the Japanese interior, but also in the Islamic world, in the high mountain villages of China, in southeast Asia and the big American cities. Everything was interesting.” Before turning 30, he had already made several round-theworld trips.

into one style is his credo.

As for his time with Tange, it allowed him to develop his thought with respect to the reconstruction and needs of his homeland, which, in the 1950s, after almost ten years of American occupation, became autonomous once more. He would go on to continue the dialogue between Western and Japanese architecture that had been initiated by his master, particularly in his use of modern materials such as concrete. Moreover his early work was in a distinctly Brutalist vein (the 1960s prefectural library and medical centre in Oita), following which he contributed to the arrival of Metabolist megastructures whose form is modelled on the growth pattern of biological organisms (for ex ample his 1962 project for a “city in the air” at Shinjuku, Tokyo). Between the 70s and the 90s, he went through a Postmodernist phase, liberating form yet further. Never shut yourself into one style is his credo, and to achieve it he cultivates countless references and proposes an open idea of architecture. His work is as much influenced by the volumetric purity of the Frenchman Claude-Nicolas Ledoux as by certain art avant-gardes, which allows him to project himself into the future and invent new forms. It was in this spirit that he worked with Anish Kapoor to design, in 2013, Ark Nova, a transportable inflatable concert hall that was intended to offer cultural relief to places devastated by natural disas ters. An ark of salvation, perhaps, resulting from an interdisciplinary cooperation that aimed to promote social cohesion in the face of adversity.