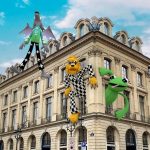 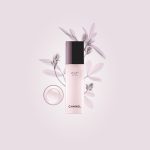 When Dancing Stars Align: A Conversation Between Nick Coutsier and Christian Yav

Nick Coutsier and Christian Yav, two rising stars in the world of contemporary dance, were destined to meet — both Congolese, queer, Belgium-born artists nee under the sign of Leo in 1993. While astrological, geographical and artistic forces converged to bring these two together professionally, it wasn’t until recently that their paths crossed. Coutsier, who had already collaborated with Beyoncé, reached out to Yav in 2019 to join the “Black Is King” project. Although they didn’t get to work together then, they were each featured in the visual album — Yav in “SCAR” and Coutsier in “SPIRIT”. After cementing their artistic individuality, they came together to harness the power of Ndeko — a word that originates from Congo’s Lingala language, which means a strong bond, either blood-related or spiritual, whereby two people are bound by care and respect. We sat down with them to talk about race, identity and the power of movement.

Christian: The first time I heard of Nick was in January 2017. I remember someone telling me that there is a beautiful black dancer that has a very interesting way of moving. At that point, I hadn’t experienced having another black body in the space of contemporary dance. The moment Instagram started to broaden connection possibilities on the platform, that's when I really started to look for people like myself. I remember one day, Nick popped up as a “Suggestion For You”, and that’s really when I saw him for the first time.

Nick: My immediate reaction when I first heard about Christian wasn’t necessarily a defensive one, but more of a question about who that person is and why the comparison is being made. I also didn’t know if the constant comparison was positive or negative, or just a warning about this other guy. In this industry, it’s kind of a privileged place to be the only black guy. So is this other person going to be an ally or is he coming for my spot? All that thinking isn’t conscious hate, it’s just so instilled in how we think and how we are trained to think — the so-called “There can only be one“ myth. When we physically met, it was kind of like a match made in heaven. For the first time ever, I was like “Okay wow, this is how it actually feels to have another black body in the space.”

Christian: What’s interesting is the way I first started hearing about Nick. I felt this energy as though these people were preparing me for this. I often had white allies, and now I had a black ally, which allowed me to broaden my network of people of colour and black dancers. It was one of the few times where I felt that there were no strings attached.

Nick: I like to be surrounded by people who have that talent and drive. And so when I heard about Christian, I thought “If he’s that good, then let me see how good I can be.” Competition is about pushing the other up — inspiring and challenging each other to be the best version of ourselves.

Christian: There isn’t always a lot of space to move in contemporary dance when you are the only black person. There are certain opportunities that you can’t get because it’s a project that is told from a certain narrative.

Nick: Both of us being black, queer artists, we had to move through society in a certain way because of structural racism and homophobia. Being black we had to do this, being gay we had to do this, being second-generation immigrants, we had to do this. So it all made us who we are. And I think that the way I moved in society translated into the way I move as a dancer. The body being my main instrument, it does carry its own story. And I remember when I saw Christian move, I thought ”Wow, it is so specific” and it reminded me of the singularity of how I am trying to move. It does take time and maturity to embrace singularity as being an asset.

Christian: There is a logic to movement. It’s very easy for outsiders to say, “Oh yeah, I recognise this from ballet, or this from that.” But something I’ve often noticed with people of colour and black dancers is that the moment they do their own thing, there is something about their movement that doesn’t always appear to be what people normally perceive as logical in dance. But it’s so clear that you take it for what it is. I do think that having your own logic of movement is linked to having a lonely existence. When I started doing gymnastics as a kid, I was the only boy and the only black boy. You’re constantly on an island within a group. The way Nick moves, what happens here in his chest, it’s such a minor detail for others but then I’m like “Ah, I understand this movement.” It’s important to have representation and to see yourself in someone else, but feeling the movement is even more powerful.

Nick: I now kind of understand why we weren’t put together before because we are so powerful together. The colonial system of dividing power to better conquer is still present, including in the dance industry. Now we understand the power that we have together.

Christian: Our star signs are also identical. Over the years, I’ve met a lot of people who are Leo, but rarely someone who is a double Leo, like me. When people are double Leo, it’s so strong. Even if the personalities are different, there is something that is going to work because we’re powered by the same energetical forces within the universe.

Nick: It’s an unapologetic way of being. Something that has allowed us to be so sure and assertive about who we are was to not wait for that external validation.

Christian: In dance, the movements are stronger than myself so I don’t feel the need to adapt to other dance aesthetics. As a black man in society, however, that’s where I adapt my movements. For a very long time, when I would go to the hairdresser, I would speak in a very low voice, walk in a different way, and just adapt very small things. And I still do it because in order to survive, that’s where I really need to adapt my movements. In spaces where you’re underrepresented, people don’t always have the knowledge, desire or awareness of wanting it to be an inclusive place.

Nick: As a gay person, you need to adapt all the time, and so you just become really good at it. It shouldn’t be this way but it’s unfortunately still the case, as being your true, authentic self is still not accepted everywhere. Working with movement, the body and dance in that way allows me to make lemonade out of not-so-tasty lemons, so to speak. From a cathartic point of view, my adaptability in life does translate itself in my dancing, my work and my research around movement.

Christian: Walking in the streets as a queer man with your partner is a very precious part of me and not every place is a place to share that in the way that we would like to share it. Our society is not built on that, and that’s when I started realising that adapting isn’t always a bad thing.

Nick: When I started to create my own work, my artistic spontaneity would be sparked by sonorities and movements that would go back to my African roots. When I met Christian, it was really serendipitous because it was the moment I started to deconstruct a lot of things and give value to that part of myself. You live in this constant duality, which can be a power, but for the longest time it was something that I couldn’t identify with. I questioned my legitimacy as a black man, asking “Am I really the person who can talk about structural racism?” But being a second-generation immigrant is an identity in itself and so I gave power to my Congolese roots.

Christian: It is different when as a black person, you dance with another black person. When Nick and I were dancing during this shoot, it’s as if we were an extension of each other, almost like one body. There is a sense of home that I usually have to find within myself.

Nick: And as movement is such a big part of us, both in life and in dance, it was important for us to work with a photographer who could encapsulate all of that. Julien Vallon was a perfect fit, and we decided to name this photo series “Ndeko”, as it captures the way Christian and I feel about one another — when you recognise yourself in the other. “I see you Ndeko”.

Words and edit by Berenice Magistretti