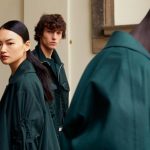 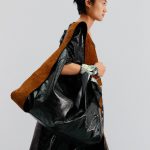 To unveil his Women’s & Men’s Spring-Summer 2021 collections, Christian Louboutin will host a virtual event on October 2, 2020 on the Korea-based gaming application Zepeto. Passionate about physical travels since his teenage years, Christian Louboutin – eager to explore new territories and an avid fan of new technologies – invites the international press, his friends and fans to join him for an immersive digital creative experience: Loubi World.

Modelled as a techno-kawaï version of the designer’s eternal muse – Paris – Loubi World recreates places and moments dear to him, from a terrace with an imaginary view of the City of Lights, to the Galerie Véro-Dodat where he opened his first store back in 1991, to a paved round square replete with a classic Parisian bistro, creperie, carrousel, the Morris columns, the new flagship store and the Loubi Disco.

Forever an advocate of self-expression and boundless creativity, Christian Louboutin has ensured that users have free range to be exactly who they’d like in Loubi World without any consideration of gender or style. Users are invited to create their own avatar using either facial recognition and by self-selecting their skin tone, hairstyle and outfit, as well as choose shoes and accessories from the new SS21 collection.

After entering the game, users are teleported into the Loubi Boutique, a virtual version of the newly opened store on rue Saint-Honoré in Paris, where they can try on and play with emblematic styles from the SS21 collection, before adding the final touch to their avatars’ looks: a new leather goods style from the new season.

A tribute to Christian Louboutin’s love of social interactions and his curiosity and excitement for meeting new people, avatars can interact with their friends on the Loubi Terrasse, take selfies with the designer, and shoot, through virtual reality, photos and videos that can easily be shared on Instagram, Facebook, Tik Tok, Weibo & WeChat.

The debut of a new collection calls for celebration. French DJ Zimmer will invite avatars to fire up the dance floor of the Loubi Disco, a nod to the designer’s teenage years at Le Palace. The true highlight of the night will be a special performance by US pop singer King Princess’ avatar.

Get your headphones ready to make sure you will fully experience the music in 8D audio, an innovative recording technology allowing a more immersive listening.

Jump into backstage of the Spring & Summer show of BOSS