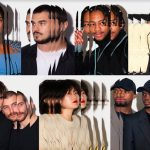 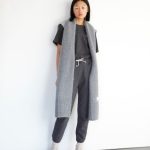 Music On the Playlist Style Video

“This Time” is the second single of Nina Kraviz’s upcoming album.

For “This Time” the renowned producer, singer and DJ takes inspiration from Cindy Lauper, Laura Branigan and early Madonna records yet the song has kept that signature Nina Kraviz feel.

“I put my main focus on the arrangement and on the vocals to create a warm yet sultry atmosphere that my favourite pop music is known for.” – Nina Kraviz

Whilst “This Time” and “Skyscrapers” see Nina further explore her abilities as a singer, song writer and producer in a pop-leaning music field, they are also a natural evolution and continuation of Nina’s debut album.

The lyric video for "This Time" was shot by Yonathan Baraki in Miami during Nina's most recent US tour using a super 8 film camera.