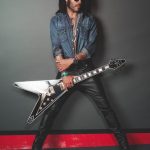 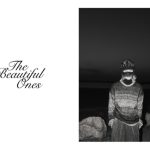 The trophy of the 78 Formula 1 Grand Prix de Monaco presented for the first time in its Louis Vuitton travel case, is now showcased for a limited time in Louis Vuitton Amsterdam.

Hand-crafted in Louis Vuitton's historic Asnières atelier and in partnership with the Automobile Club of Monaco, the first-ever Formula 1 Grand Prix de Monaco trunk is now showcased in the Amsterdam store to celebrate Max Verstappen's victory of the 78th Monaco GP 2021 edition.

The trunk showcases Louis Vuitton's traditional savoir-faire while drawing inspiration from the heritage of the Formula 1 Grand Prix de Monaco.

The iconic canvas is adorned with the red shade of the Monaco flag while the red lines, tracking the ''V'' for "Victory", are rimmed with a white strip, reminiscent of the unique urban route of the track where driving excellence goes hand in hand with power and precision. This tailor-made trunk, in the colours of the Principality, holds the trophy depocting the 19 turns of the 3.337-km track.

Exclusive editorial in collaboration with CELINE BY HEDI SLIMANE