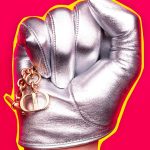 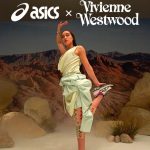 Vault by Vans is proud to announce part two of the spring collaboration with Wacko Maria, a Japanese brand known for its high-quality materials and artistic drive established in 2005 by Atsuhiko Mori.

Founded in Tokyo with the philosophy “music is the trigger of imaginations”, Wacko Maria draws additional inspiration from film and art. Their collections are known for originality with a focus on craft and detail. Mori’s first business venture was a bar called Rock Steady and his love for music remains at the core of the Wacko Maria brand today.

This spring, Vault by Vans and Wacko Maria partnered to introduce two special product drops, one in March and the second in May. As we celebrate the second drop, the brand brings its unique aesthetic to Vans’ iconic footwear silhouette the Classic Slip-On, as well as apparel. The camp collar rayon shirt has served as a canvas for some of Wacko Maria’s most storied creations throughout the years. Staying true to both brands attention to detail and craftmanship, the second drop features a woven short sleeve shirt made in Japan, available in three colors, paying tribute to vinyl culture. In addition, the OG Slip-On LX will be available in corresponding white, brown and purple colorways featuring a vinyl graphic in black and white. Wacko Maria expresses itself through patterns and traditional Japanese- inspired graphics, while encompassing vinyl culture, film and art.

Accompanying part two of the collaboration, is a film that captures the energy and essence of Wacko Maria. Directed by Margt, and starring Kunichi Nomura, the film follows Kunichi through the daily activities of the Guilty Party lifestyle.

The second drop of the Vault by Vans x Wacko Maria collection will be available globally at select Vault by Vans retailers beginning May 15, 2021. For more information, please visit: Vans.eu/WackoMaria.