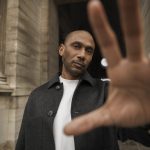 Former Booking.com CEO, leads VanMoof’s Next Phase of Global Growth. VanMoof announced yesterday that Gillian Tans will take up the new role of President within the company. Tans will start in this new position immediately and join the world’s fastest growing e-bike brand at an important moment.

Focus on scaling up and experience

Gillian Tans was previously CEO of Booking.com. During her 20-year tenure, Tans saw the company grow from a Dutch start-up to the world’s largest online travel agency. At VanMoof, she will help realize the vision of making electric bicycles the standard transport choice for people in cities worldwide.

As President, Tans will lead the company’s management team and oversee business operations to further strengthen VanMoof’s position as a leading leader in the fast-growing mobility industry. “Being practically born on a bike, I’ve seen firsthand how it opens up cities. As a passionate VanMoof rider, I have followed the journey of Taco and Ties over the years and am delighted to play a part in the development of this unique brand.” Gillian Tans

Founders Taco and Ties Carlier have been working closely with Tans for several years, since she first invested in the company. Over the years, the brothers have developed a deep respect for Tans’ considerable managerial and leadership expertise. The appointment of Tans will allow the Carlier brothers – who remain co-CEOs – to focus on the long-term strategy. Ties will continue to focus on product innovation and Taco will focus on the scale-up’s global business strategy.

The decision to introduce the role of President is the culmination of many months of operational planning and marks the next phase of growth for VanMoof. Tans’ experience combines years at the highest executive level, building world-class teams and scaling global operations – all factors that will be critical in the company’s next phase of growth.

Successful launch of the VanMoof S5 & A5

After tripling its turnover in 2020, VanMoof has expanded its service network to more than 50 locations worldwide in the past year. Shortly after the announcement of VanMoof’s latest generation S5 & A5 e-bikes on April 5, the first stock sold out immediately. With the current e-bike wave showing no signs of stagnation yet, VanMoof continues to be the driving force behind its continued growth in cities worldwide.

IN CONVERSATION WITH VINCENT VERMIGNON