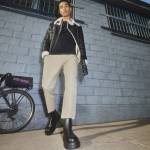 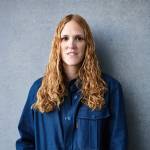 Today, VanMoof announced the release of a stripped-back, premium e-bike, the S3 Aluminum. On August 18, a very limited number of striking raw-cut bikes will be made available to the public for a short period via vanmoof.com. This is the first time the brand has dropped a unique S3 colorway. But this bike is more than just a collector’s item – the S3 Aluminum captures a snapshot in VanMoof history.

From their earliest non-electric models to their latest high-tech e-bikes, VanMoof has formed a habit of setting new industry standards.

“VanMoof’s design philosophy has always been grounded in one indisputable truth: that the joy of riding a bike lies in its simplicity.”Jonathan Hum, CMO

Every element of a VanMoof bike is essential, yet elevated to the highest-possible standard. And as VanMoof and its e-bikes continue to evolve, the announcement of a limited-edition frame pays homage to this founding idea.

By staying true to the foundational idea that there is beauty in simplicity, VanMoof’s bikes are built to both stand out on the bike rack, and stand the test of time. In a return to where it all began, this limited-edition bike celebrates electric riding in its purest form.

The S3 Aluminum is stripped back, with a brushed aluminum frame and VanMoof’s iconic raw welding. The black LED Matrix Display indicates your speed, battery level, and power assist level and is framed with brushed aluminum. The fully-integrated handlebars, one piece saddle, and 28-inch tires are in signature black, while subtle branding on the top tube nods to the very first iteration of the straight frame made in 2008, the M1.

STEVE MADDEN PRESENTS ITS NEW MAN COLLECTION ¨BACK TO THE FUTURE¨