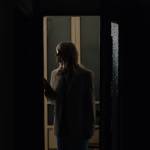 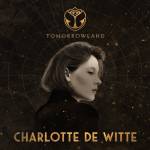 The logo is alive. It breathes. It slides, slowly, across the surface. It dialogues with the environment that surrounds it. It redefines its lines. It crosses them, expands them, rediscovers them. It rests. It rejects categorisation, constantly, with new paths. It creates and recreates, reinvents, cuts and sews. It signifies and re-signifies.

The Valentino VLogo is an active, constant, incessant carrier of profound meanings, which today is born in a new project that dresses the surface, and beyond.

Valentino inscribes the raw white canvas – the archetype of creativity, the place of creation, Creative Director Pierpaolo Piccioli’s design canvas – to become a story that defines spaces and the infinite creative possibilities.

Valentino Toile Iconographe is born, the canvas is iconographic: the image is everything. The logo becomes everything. Obsessive and exaggerated, both liberating and unique. Original and elegant indelible sign of our times and of our contradictions – actions. Logo as icon of our choices, even the most intimate.

The continuous and reticular logo tattoos reality with a radical and inclusive act of poetry in Steven Meisel’s photographs. The white background is the Toile of one of the great contemporary photographers, himself an icon and iconic, who focuses the gaze on the essential. A powerful and timeless campaign, which descends into the visual memory of the aesthetic imaginaries of the last century, in a rigour not to be taken for granted, that reveals the extraordinary coherence of Valentino, up to the current day, in that present that is now.

Images that are artist’s canvases, highly striking graphics, in a truth that Meisel’s lens faithfully reproduces. Kristen McMenamy is immersed in Valentino Toile Iconographe, which reinvents makeup and chases, and follows, her ethereal beauty; the spring lightness of Cas echoed with the bag that becomes a headdress and the monogrammed stockings is irreverent when explosive; the statuesque classicism and profound elegance of Alaato gives a hypnotic intensity to the images, Sora Choi is wrapped in Toile, in a balance between sensuality and strictness, where Valentino red is a sophis ticated combination of weights and volumes, in freedom.

Valentino Toile Iconographe is always and incessantly in motion, t o write and rewrite fashion. To talk about us and with us. Without borders, without gender.