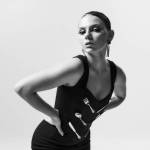 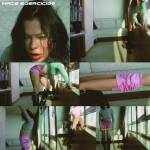 A roller coaster year both personally and professionally resulted in broad musical output for Yves. From the explosive energy and aggressive drums, bass, and vocal cuts of Collect Call and The System to the straight up four to the floor club energy of Mercurial with Yves’ vocals telling the tale of fickleness and relationship breakdown, to the then playful, celebratory pure analog energy of Guido Fawkes. It reflects the ups and downs 2022 had to offer and an EP that perfectly reflects the forward-thinking, cutting-edge, and unique ethos of Yves’ newly formed Interlink Records.

“Inspired by a phone conversation on a night bus in Bow, Collect Call is a return to my roots and an interlinking of the early underground dance music energy I grew up on, with the music I’m playing now” – Yves Tomas

Having been immersed in the dance floor, Yves started expressing himself musically from a very early age and was drawn to the technical aspect behind the music, developing as an engineer working with top-flight pop acts whilst toying around with his own compositions. Some of his tracks turned up on the desktop of Radioslave, who immediately snapped up the new producer for his label Rekids, and Yves Tomas’ new journey as a recording artist began with the release of his debut EP, Pilot in May 2020. Yves got rapidly picked and hotly tipped by George Fitzgerald at his BBC Radio1 Future Artist Takeover,  Vogue as a Next Gen Creative and Todd Edwards in a recent Rinse FM Guest Mix, Yves has received support from a range of dance pioneers and cutting-edge futurists including Bonobo, Joy Orbison, BEN UFO, India Jordan, Cici, Skream,  Loefah, Peverelist, Mumdance, Dance System, LTJ Bukem, Emerald, Todd Edwards, Tom Ravenscroft, Jaguar, Yusu Suyu and more.

With his desire to explore the evolution of dance music and unlock the unity, energy, and alchemy of club culture he founded Interlink Records a London-based record label striving to elevate forward-thinking producers and find the missing link, or connect the ones already there.