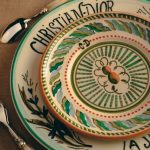 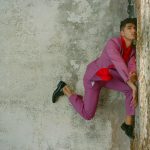 Last Sunday at 9 pm the movie BANK NEVER WINS by Twojeys was launched on Instagram, giving the kick-off to the most creative Black Friday campaign of the brand soccer Jessica Goicoechea, Youtuber Nil Ojeda and singer Lil Moss, forming a star cast. The protagonists were joined by part of the Twojeys Family as Nina Urgell, Marc Forne, Gigi Vives and Joan Pala, in addition to the founders of the brand Joan Margarit and Biel Juste.

TWOJEYS has given its own style to the Black Friday campaign by showing the most creative, professional and talented side of the brand. Thus, it welcomes the week of greatest discounts that the brand has made to date with a maximum of 40% on selected products.

BANK NEVER WINS is a Robin Hood style movie, where the bank is robbed from the casino to give it, in this case, to the customers who are playing in the form biggest robbery in the history of a casino carried out by the band TWOJEYS, where the protagonists of the action are Oscar Casas, Jessica Goicoechea and Lil to rob the vault, and where the Youtuber Nil Ojeda turned into the computer technician of the band is the one in charge of giving support to carry out the robbery.

With this spectacular repertoire of characters, the success of the campaign has not been long in coming. 24 hours after the launch of the campaign, the movie BANK NEVER WINS surpassed more than 5 million visualizations and added more than 5.000 orders, and this has only just begun. In just over a year, TWOJEYS has become one of the most recognized unisex jewelry brands in the national and international scene. All its collections and campaigns follow the TJ style, with images and films in analog, where the success lies in the creativity that comes from this young team led by Joan Margarit and Biel Juste.

In conversation with Taylor Zakhar Perez