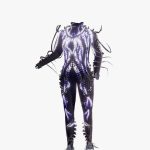 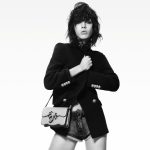 In this irrepressible desire to continue growing,  TWOJEYS starts the year with a strong start with the most awaited capsule collection of 2022, alongside Brazilian defender and current Real Madrid captain Marcelo Vieira and his agency, The Crown Creators.  A collection that comes at a magical moment for the Barcelona-based brand, which this year will be three years old and upcoming collaborations, drops and new movies.  TWOJEYS x M12 is a declaration of intentions to improve year after year. With the collaboration of Marcelo Vieira, four silver pieces have been designed with a timeless and austere character – with details in zirconia and black plated earrings – show a  more elegant and adult personality, where the chains take the protagonism in a “low key” way for a public that wants something basic but cool.

The new capsule collection includes M12 necklace, M12, bracelet, M12 earring and M12 ring. A tribute to the number of Captain Marcelo that was launched on March 17 through the TWOJEYS website.

TwoJeys is a unisex jewellery brand created in 2019 by Joan Margarit and Biel Juste. Inspired by the Californian style during a trip along Route 66 from Las Vegas to Palm Springs, they decided to embark on a new adventure and create the Twojeys universe. A brand of unique and timeless jewellery for him & her, designed and produced by hand in Spain with sustainable, local logistics and biodegradable packaging. Both founders, creative, entrepreneurial and belonging to the Z generation, have always been clear: “If you do not find what you are looking for, create it yourself”. TJ aims to inspire and create a unique style with this motto as a flag, providing a value that goes beyond a jewellery product. Twojeys is a family united by a lifestyle that enhances the versatile and unisex side of the brand. ARCELO VIEIRA Marcelo Vieira da Silva Júnior, known as Marcelo, is a Brazilian footballer born in Rio de Janeiro on May 12, 1988. He began his career at Fluminense, where he played until 2006 when he made his debut at Real Madrid, the club where he has played for 16 years and of which he is currently captain. During these years, Marcelo has been part of one of the most successful stages in the history of this club; with 23 titles, no one has won more than him in the history of Real Madrid. In addition, the Brazilian full-back has been considered the best player in the world in his position in the last decade. This successful career, together with his charisma and personality on and off the field, have made Marcelo a global reference not only in the world of football. For years the Real Madrid captain has shown his interest in other disciplines such as business, music and fashion.