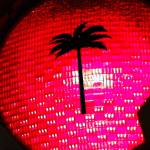 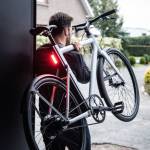 The origins of the TUDOR brand date back to 1926, when the brand name “The TUDOR” was registered on behalf of its founder, Hans Wilsdorf. The Swiss watch brand is known for its sophisticated look, superior quality and unique value for money. The Black Bay 58, the Pelagos FXD and the Royal 41mm Date-Day are among the most sought-after watches within Tudor’s current collection.

TUDOR’s latest two new models – the Pelagos 39 and the new Ranger model – are two powerful timepieces, both with their own distinctive features and style.

Pelagos 39
At the end of the summer, TUDOR launched the Pelagos 39. With this model, TUDOR offers a versatile watch, perfect for the world of technical diving and urban sophistication. Made of grade 2 titanium, this timepiece is equipped with luminous ceramic composite monobloc hour markers and a quick adjustment system for the clasp as well as a diver’s extension. A sports watch that has both advanced watch technology and a chic aesthetic, perfect for the city and the coast.

The entire TUDOR Pelagos line offers a variety of highly technical, mechanical diver’s watches. Now consisting of five models, this product family is the worthy heir to TUDOR toolwatches, used by pioneers of underwater exploration around the world since the 1950s.

New Ranger model
In July, Tudor launched the new Ranger model to mark the 70th anniversary of the British North Greenland expedition. This model is also a toolwatch that celebrates the spirit of this daring adventure, including Manufacture Calibre MT5402, a 39-millimeter case as well as a clasp with “quick adjustment system.

The origins of the TUDOR Ranger family date back to 1929. This was the year when Hans Wilsdorf registered the name “Ranger,” just three years after registering the trademark “The TUDOR.” At the time, the name was not used to specifically designate the model, but instead to add an adventurous aspect to certain watches in the TUDOR collection.

Ambassador David Beckham
As a child, David Beckham had a dream. When asked what he wanted to be later, he invariably said “soccer player. This drive at a young age made him one of the most acclaimed, beloved and successful players in the history of sport – making him as a person very fitting for TUDOR’s “Born to Dare” campaign.