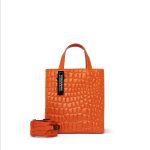 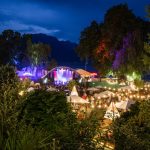 On the occasion of the 70th anniversary of the British North Greenland expedition, TUDOR presents the Ranger model, a tool watch that celebrates the spirit of this bold adventure, including Manufacture Calibre MT5402, a 39-millimeter case and a clasp with a “quick adjustment” system.

The origins of the TUDOR Ranger family go back to 1929. This was the year Hans Wilsdorf registered the name “Ranger”, just three years after the registration of the trademark “The TUDOR”. At the time, the name was not used to specifically designate the model, but instead to add an adventurous aspect to certain watches in the TUDOR collection. The aesthetic we now recognize as the Ranger did not appear until the 1960s, with its large Arabic numerals generously covered with luminous material at 3 (for models without the date), 6, 9, and 12 o’clock, as well as its uniquely designed hands.

THE SPIRIT OF A WORKING WATCH

The new Ranger model respects the aesthetic standards established throughout its history, notably the dial with Arabic numerals at 3, 6, 9, and 12 o’clock, while incorporating new state-of-the-art technical elements, in particular a high-performance Manufacture Calibre and a TUDOR “T-fit” clasp with a “quick-adjust” system.

To reflect this functional heritage, the 39-millimeter case and bracelet of the Ranger model are satin-brushed, creating a matte finish. Some elements are polished to enhance the lines of the case, including the inner edge of the bezel. As for the dial, an attentive eye will notice a detail of historical influence, namely the luminous, painted hour markers. The arrow-shaped hands, rounded for the hour hand and angular for the seconds hand, are characteristic of the Ranger aesthetic, with a new detail being the tip of the seconds hand in burgundy.

The Ranger model is equipped with the Manufacture caliber MT5402. Its construction has been designed to guarantee robustness, durability, reliability and precision thanks to the variable-inertia balance, which is held in place by a sturdy traverse bridge with two attachment points.

The fabric strap is one of the hallmarks of TUDOR. Woven using a traditional method on 19th-century jacquard looms by the company Julien Faure in the St-Étienne region of France, its manufacturing quality and comfort on the wrist are unique. For the Ranger model, TUDOR chose an olive green bracelet with two red stripes and a beige stripe woven by the artisans.

The Ranger is also offered with a fully satin steel bracelet, featuring the TUDOR “T-fit” clasp equipped with a system for quick length adjustment. This practical system is easy to use, requires no tools and offers five positions, allowing wearers of the TUDOR Ranger to make fine, immediate adjustments to the overall length of the bracelet. Also offered is a third bracelet option, in natural rubber and fabric-like textured black leather, with beige top stitching and a folding clasp.