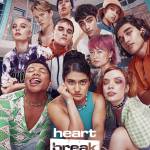 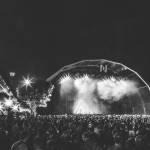 The story of Trudon, formerly known as Cire Trudon, started in 1643, when Claude Trudon opened his first store on the Rue Saint Honoré in Paris. A lot has happened since then: from being named the Royal candle manufacturer to the French Royal Court in 1719, to being awarded a gold medal by the World Exposition for remarkable innovation in 1889, to becoming a French living heritage company in 2020.

Now, almost 400 years later, the Olfactory house is preparing to enter a new era. Through the ages, the houses motto has been ´Deo Regique Laborant´, which translates to ´They work for God and the King´. ´They´ in this example is referring to the bees, who produced the wax inside Trudon´s candles for close to four centuries. Nowadays its formulation has been recrafted using a more sustainable, natural vegetal wax, and the candles are no longer made from beeswax, but Trudon’s commitment to the bee has remained unwavering.

The Dark Bee is a sub-species of wild bee, a creature that is key to the survival of all life on our planet. About 87.5% of all flowering plants are dependent on animal pollination, a phenomenon that’s almost solely performed by bee species. Without the bee, crops would fail to grow, and earth’s ecosystem would collapse. Intensive agriculture, dwindling biodiversity and industrial beekeeping with genetically modified bees threaten endemic species like the Dark Bee, but Trudon has decided to step in.

In 2018 Trudon started its first financial contributions to the Orne Dark Bee Conservatory, established in the Perche regional Nature Park. This protected area located in France’s province of Normandy spans almost 200.000 hectares and is one of the largest protected parks in Europe. As part of Trudon’s commitment to the preservation of the bee, the house has pledged to donate 4% of sales of its bestselling ‘Cire’ candle to the conservatory.

The conservatory has no commercial purpose, and the bee’s honey isn’t farmed for commercial purposes, aside from the small local specialty store on the edge of the Orne premises. With Trudon’s help, the conservatory has been able to intensify its endeavors, and this year they were even able to open up a full-time position for a committed director, ensuring this amazing cause to be able to continue their activities, and ensuring the wild bee’s survival in the green countryside of France.

“The Cire scented candle is an olfactory representation of the manufacturer: symbolic, it blends emanations of warm wax and richly crafted perfumes. Reinterpreting Trudon’s fundamental values -ancient savoir-faire and commitment to excellence – the scented candle reveals a unique perfume: behind the amber-colored glass, a beeswax absolute.

Located in Mortagne-au-Perche (Normandy) since 1901, Trudon’s 20th century factory is part of the Perche regional Nature Park. This protected area includes 88 municipalities and spreads over nearly 195,000 hectares in the Orne and Eure-et-Loir districts in France’s Centre- Val de Loire region. The Nature Park’s mission is to protect the environment, through actions that help preserve its biodiversity and water resources, as well as guide a sustainable urban growth.

With its roots in the territory, Maison Trudon’s participation in a project to protect local endangered species makes perfect sense. In 2018 the company already committed financially to the Nature Park in a measure to preserve the region’s biodiversity. In partnership with the local Orne Dark Bee Conservatory, Maison Trudon helps to protect the European dark bee (apis mellifera mellifera), an endemic species and an essential link in the region’s biodiversity chain, key to the survival of all species. With the ‘Cire’ candle at its heart, the partnership comes as the perfect illustration of Trudon’s motto since 1643: “Deo Regique Laborant,” or “They (the bees) work for God and the King.”