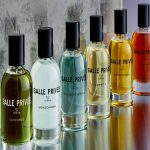 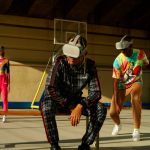 A tribute to Terry O’neill

Eduard Planting Gallery in Amsterdam presents until 21 March 2020 'A tribute to Terry O’Neill'. The exhibition is an homage to the British celebrity photographer. The gallery shows a selection of iconic black and white portraits of screen stars and musicians of the Swinging Sixties and Roaring Seventies.

Terry O’Neill (1938-2019) passed away on 16 November 2019 in his hometown of London. He first picked up a camera in 1958 and pioneered a more intimate, reportage style of celebrity photography, informal and spontaneous. In October 2019, O’Neill was awarded a Commander of the British Empire (CBE) for his services to photography by Prince William.

During 60 years Terry O’Neill has photographed countless legendary stars of film, music and fashion. Iconic books provide an overview of his extensive oeuvre. O’Neill is one of the world’s most published and collected photographers. The National Portrait Gallery in London has nearly 80 portraits in the permanent collection.