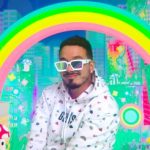 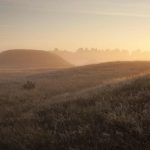 Wherever Christian Louboutin goes, he finds inspiration. Collecting ideas and references like a  modern-day Marco Polo, his love of folk arts and traditional craftsmanship was the starting point  for this season’s newest limited-edition cabas offering, the CARACABA.

“I have been travelling in my head since I was a kid, looking at travel agencies magazines and imagining months  of backpacking, booking fake hotel nights and train tickets, meeting people from all over the world, learning  unknown languages. From there, I made this dream my everyday life. But recently, I’ve been travelling in a totally  different way – without moving at all.”

Inviting us to take an imaginary journey through the designer’s creative universe, the Maison’s  latest offering is nothing short of a joyfully riotous patchwork of styles and colors. Featuring a  hand-embroidered ‘Louboutin’, each letter revisits designer’s most iconic inspirations and  destinations, from the vibrant MEXICABA, all the way to the sumptuously detailed  CABARAPARIS. Also making its debut is the exclusive TAROT print, designed especially for  the Maison. Inspired by the famed Tarot de Marseille deck, it highlights selected cards from the  Major Arcanas and features on the CARACABA’s lining as well as some of the capsule’s key  bags and shoes.

With its square base, signature stud detailing and slender leather top handles, the CARACABA is  ideally sized for packing the essentials and more, but those who like to travel even lighter need  look no further than the mini CARACABA e-commerce exclusive. Launching in May, the  collection will also include a Tarot-print inspired capsule of bags, and women’s and men’s shoes.

Always looking for a way to give back, the Maison will be making a donation to La Source, a  French charity aiming to broaden the horizons of young people by providing them with the  means to express themselves creatively.