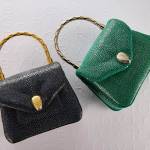 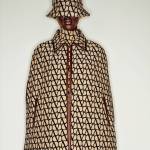 Touch of Crude, the short movie created by film director Nicolas Winding Refn for the Prada Spring/Summer 2023 women’s runway show, premiered at the Lyon Lumière Film Festival, one of the largest international festivals of classic cinema, with a special screening on 20 October 2022.

Miuccia Prada and Raf Simons invited NWR to conceive an experience around the SS23 collection, including an immersive installation, the runway show’s physical environs in collaboration with AMO, and a short movie, as an opportunity for observation and intersection between two creative spheres.

Touch of Crude explores the lives of women, the scope of fluid modern femininity – a subject matter that has always fascinated Prada. When a woman moves into a new house she is visited by a mysterious entity, a Black Box, which upon peering through its peephole unlocks multiple universes, each viewed from a different woman’s perspective.

The movie Touch of Crude will be unveiled globally at the beginning of 2023.