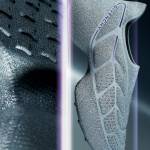 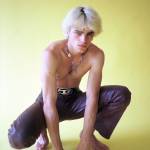 ‘THE UNSTOPPABLE RISE OF YASIN’

Close your eyes. Now think a little bit and describe to yourself what you’re picturing when you answer the question “What does Sweden look like?”. What comes to your mind when you first hear about the country? And what about the country’s citizens? If you think of the Swedish population as blonde-haired, blue-eyed, herring-eating, snus-chewing, and Midsummer-celebrating giants, many people will agree with you. They might even raise you with additional stereotypes, such as there being as many IKEA stores as there are Starbucks in America. If you believed all that, you all couldn’t be any closer to the rest of the world’s opinion. Also, you couldn’t be any more wrong.

Modern-day Sweden is multicultural and diverse. It has become a country of immigrants with, according to the Swedish Migration Board, roughly 2 million foreign-born people living in the country today—about 17% of its entire population. The majority of these new-citizens are from Finland, Iraq and Poland; however, they also include refugees from Syria and East Africa who have been granted asylum due to the ongoing wars in those regions, as well as expatriates who have come to Sweden for work or study opportunities. Regardless of where they come from or what their background might be, all immigrant groups play an important role in shaping Swedish culture today.

On paper, Sweden was built on the idea that everyone deserves equal treatment regardless of who they are as individuals – this concept is called “Jämlikhet”. It implies that all Swedish citizens have access to free education up until college level, that healthcare is free as well so there’s no need for expensive insurance plans! That principle usually goes together with the “Jantelagen” principles (commandments, even) that demands from every Scandinavian person to not stick out in society.

Knowing all these principles, it seems off – or at least odd – that the most famous Swedish export this side of the meatball is a Malmö-born loudmouth with a Bosnian Muslim father and a Croatian catholic mother, who hailed from one of the very inner-cities designed to welcome refugees and new immigrants. “He was sticking out like us. He was sticking out with his attitude, with his way of looking, with his way of dressing. Everything that you can get from this hood sub-culture, he was representing us in that way. Yeah, that’s Zlatan” Yasin tells me enthusiastically while getting coffee on a sunny Sunday afternoon at Hotel Grand Amour in Paris.

We started the conversation talking about the similarities growing up in immigrant families in post-colonial Europe and the similarities between Sweden and France, and how different countries viewed integration and how they were perceiving young nationals from foreign-origins and how those tend to define what these countries look like to anyone else outside. The conversation naturally pivoted to football, the best ambassadors for both the inner-city poor classes, and the freshly arrived meritocrats. Even more than musicians, they’re the ones people look towards when they want to have a real-time pulse on the country’s ethnic makeup.

Yasin’s life story is one of resilience, especially his mother’s, that no one will be able to deter. When we meet in the Parisian East side African neighborhood, the day after our photoshoot, I’m warned that he might be tired from an extensive recording and performing schedule, while dealing with some “disturbing personal news” that he probably wouldn’t be willing to disclose, and that the artist may not be in the best of spirits. But by the time we sat down, the brother’s confident demeanor and charm takes over our conversation.

Born Yasin Abdullahi Mahamoud, the 23-year-old rapper Yasin was raised in Stockholm’s Rinkeby neighborhood. On the surface, Rinkeby is an unremarkable Stockholm suburb. It’s home to a large immigrant community and is known for its large Somali population. As such, it can be difficult for outsiders to understand the complex history of this community. But there’s more going on in Rinkeby than meets the eye. The suburb is also home to other immigrant communities from Iraq, Afghanistan and Bangladesh—all of whom have been forced out of their countries by war or persecution. Alongside these displaced people are new arrivals from Syria who have fled their country since 2011 to escape civil war there. All this adds up to makeup Rinkeby one of the most diverse suburbs in Sweden—as well as one with the most problems plaguing it.

Yasin’s mother is a silent hero. Born in Somalia, she was married young and that’s where her first three children were born – two daughters and one son, that she raised there until her first son’s untimely death. With a diabetic daughter, she set to flee the war for a better life with her children. She left Somalia, for Kenya, and after making her way through different countries, she settled in Sweden, where she had no relatives, but managed to work hard enough to pay for her siblings to join her in Finland, England, The Netherlands, and Sweden. Though they were not granted asylum, they were given temporary residence permits that they have had to renew every year since the late 1990s. She’s been widowed twice, but never complains about her previous life.

“I’ve never heard my mother speak openly about this. Like, I don’t think I’ve ever heard my mother speak about her past unless I was the one asking when I was young. She’s African.” The entire paradigm of culture integration in one sentence. Parents flee war-torn countries to afford their children a better life but never talk about the past unless they’re asked, and their only perception of their new nations comes from the children that were born there. “African parents filter away everything controversial in their teaching, to protect us” comments Yasin, who understands the dynamic well, as the youngest in the family.

Raised the youngest of five children and, by the luck of the draw, the only living son, Yasin got away with a lot. “I can imagine my mother coming to Sweden, a foreign country with a different culture, with different everything. It’s probably been easy for me as a young kid to get away with a lot, especially as an interpreter of, not only the language, but in everything. Like interpreter of the culture, in the way Sweden is etc. It’s like, you gave birth to me here, but in time, I have become the teacher of this country’s nuances. I’m growing up here and suddenly, I go out and I find out maybe my mom was wrong about this. She’s misunderstood this and that. This wasn’t really like she thought. Then, when you get older, you understand she was really struggling just to get in the system.”

Yasin is wise beyond his years. In his song “20 Talet”, he boasts about being “Sweden’s most wanted.” And it is hard to argue with him. His songs show a side of Sweden that many may be unfamiliar with and that many within Sweden might even want to ignore.

Yasin’s 2020 banger “Young & Heartless,” a street tune that swiftly soared to several million views on YouTube, is the song that best captures the untamed grit, intensity, and reckless promise of a Stockholm gloomy winters. The foreboding beginning tune made any gathering five times more vibrant regardless of the location. Whether you speak Swedish or not, I’ve heard it played at house parties, brunches, the club, an Afrobeats performance, and in the African neighborhood of Chateau Rouge. It alternates between crisp, terse phraseology and expansive narration. The track’s an official “carte de visite” for an artist that has the potential to exist far beyond the frontiers of his home country. That tune made it clear that the summer belonged to a newcomer who only entered the scene a few years prior.

2020 was a great year for Yasin, with two albums being released “98.01.11” as well as “More to Life” propelled the young superstar at the very top of charts, conversations, and award show nomination lists. Even though he was at the epicenter of a controversy, and quickly becoming the face of Swedish Gangster rap, not to mention he was incarcerated at the time for facts he still denies being a part of, Yasin was awarded the Grammy for hip hop album of the year as well as nominations for “Album of the year”, “Newcomer of the year”, and “Lyricist of the year”, not to forget a laundry list of accolades. Once again, in the biggest moment of his life, his environment and the drama that surrounds it followed him.

When it came time to physically reward the artist come on the Academy, or the TV stations, or both, completely fumbled this celebration. Yasin and his fans were robbed of the moment to reflect and look back at their journey towards greatness being recognized and applauded. No one from his close camp were invited to step on stage on his behalf and to relay his message of hope and resilience to his fans, supporters, and community. Far from being bitter about this missed opportunity, Yasin is very philosophical about the whole thing.

“I look at this life as someone wearing different shirts. I took the first shirt in the first store I visited. That shirt was criminality. And then I started to walk around and realized that there were better shirts around. I released a track, in the world and wore a different shirt. That shirt was me as a musician. Then you get all these opportunities, all this money, and then you move out the hood, but you’re still wearing the first shirt, and dealing with the consequences of wearing the first shirt. And the drama that comes with it. For us rappers, the only difference between being perceived as businessmen who have made it and criminals, is timing. With enough time, everyone wants to go legit, and will”

On top of time, one thing that helps Yasin is laughter. Not real-life laughter, but survival laughter. He tells me about his admiration for Maya Angelou. Even though he claims not to be an expert, he tells me about his older sisters and how much they loved Doctor Angelou, and how big she was for Black immigrant women, raised in Sweden. He also gives me a glimpse into his own depth, telling me about the laughter poem, telling the story of one maid riding in the New York City bus and laughing away the pain and struggles of life, having only one goal in life, getting home, safe.

Special thanks to Chateau de Fourdrain

GIVENCHY PRESENTS THE TK-360+ FOR WOMEN

Exclusive digital editorial by Billy Redmond “MY OWN PRIVATE POBLENOU”