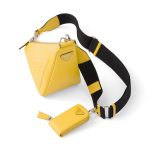 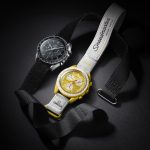 With a new interpretation of the Hora Mundi, this time in the Marine collection, Breguet wants to set off on a journey right away. The watch combines technical and aesthetic performance.

Click and away… on a journey. When the model was launched, the Hora Mundi was an instant hit. This mechanical watch, which had taken three years to develop and for which four patents had been granted, had one major advantage: two time zones that could be switched instantly. A feat of engineering made possible by the manipulation of a push button and the crown. After setting the time and date of a first city, only a second city needs to be determined. Thanks to an ingenious system of cams, hammers and an integrated differential, the watch’s mechanism also calculates the time and date of that second city at the same time. By simply pressing the push button, you can go from one side of the world to the other. , without disturbing the precision and operation of the timepiece.

The dial offers a fascinating interpretation of our globe by playing with the overlapping of different plates in different materials. On a base of gold, hand-guilloched waves wash up on the shores of the continents. Against the background of the ‘sunray’ dial in ultra-deep blue, the wave motifs seem to be in permanent waltz. Perhaps the way the continents are represented also has something to do with it, together with the metallized meridians that were incorporated into an extra sapphire disk. The continents were satined horizontally and their coastlines were subtly outlined with a metallized turquoise border. An external flange acts as a support for the various elements on the dial. The result, which takes several weeks of work, is a brilliant play of different dimensions and surfaces.

The importance of details

The dial is made legible by giving each element its own aesthetic characteristics. For Breguet, luxury is in the detail. Therefore, the hour and minute hands along with the hour markers are finished with luminescent material. This way they can also be read in the dark. For a more realistic view, the surface of the sun and moon was hammered by hand at 4 o’clock. While the sun shines in bright rose gold, the moon has been rhodium plated and shows a mysterious gray radiance. The date is indicated in an aperture at 12 o’clock and is fitted with a retrograde hand. Ingeniously placed below the window, the hand ends in a “U” encircling the date. The slightly blurry finish refers to an older technique that is applied here again and allows to obtain a matt and glossy effect at the same time. It makes reading easier while remaining discreet. The cities corresponding to the different time zones are marked at 6 o’clock. Above the window, a metallized anchor shows the city of the time indicated.

The 43.9mm diameter case, available in white or rose gold, houses the 77F1 caliber whose balance oscillates at a frequency of 4 Hz. This self-winding mechanical timepiece is equipped with a silicon escapement. This material is very versatile and is as resistant to corrosion as it is to wear. In addition, it is also impervious to the effects of magnetic fields. The unique advantage of the 77F1 caliber lies in its patented additional modules: the dual time zone mechanism, the second time zone indication, the programmable and reprogrammable mechanical memory wheel as well as the day/night display via a pointer. Part of this exceptional mechanism can be admired through the sapphire caseback, elegantly decorated with ‘Côtes de Geneve’, guilloché and spiral finish. The power reserve of this piece is 55 hours. Ready to travel the world, the new Marine Hora Mundi is available with a leather, rubber or gold strap.

Breguet and the Navy

Abraham-Louis Breguet is widely recognized as an outstanding scientist and engineer. In 1814 he became a member of the Bureau des Longitudes by royal decree. One of the tasks of the members of this bureau, including academics such as Delambre, Biot and Laplace, was to solve astronomical problems related to determining longitude at sea. A year later, in 1815, King Louis XVIII bestowed on Breguet one of the most honorable titles: that of watchmaker in the Royal Navy. The fleets of the greatest explorers sailed with a chronometry system signed by Breguet. Today, the Marine line, with its elegant yet sporty look, is one of the emblematic collections of the brand.