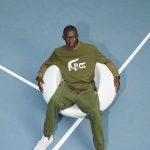 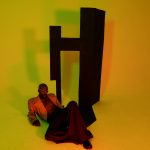 Who knows house music, knows Louie Vega, a maestro of his art, he’s been playing and organising the best parties in New York and around the globe. His new project “Expansions In The NYC” embodies diversity and collaborations with leading artists of the house music scene. We love it and so will you. Check it out! (scroll below).

What is it about New York City, that concrete jungle that continually inspires the creative spirit? From Warhol’s Factory to Larry Levan’s Paradise Garage to David Mancuso’s Loft, collectives that celebrate and nurture unfettered, organic artistry have been absolutely intrinsic to the story of this sprawling metropolis. Its latest chapter is being written at the hands of ‘The Maestro’, Grammy Award winner Louie Vega and his Expansions NYC parties, the sound documented in his latest album Expansions In The NYC (Nervous Records).

Starting in February 2019 in Manhattan and Brooklyn venues, Vega’s Expansions NYC parties have their origin not in his revered prowess as a DJ but rather his whole-hearted appreciation of the different elements of the dance floor surrounding him: the dancers, the musicians who bring their instruments to join him ad-hoc on the night, the small, dedicated crowd of clubbers whose ears to the ground keep them informed on the underground party information. The events included 6-hour DJ Sets with Louie under his select curation, and would usually end with 3 AM jam sessions involving keyboardists, guitar players and poets all performing in front of a jam packed crowd. In just a few short years the Expansions NYC events have evolved into an NYC-clubland institution, an intimate celebration of house, funk, disco, afro, R&B and more.

As with his parties, so goes his album. The collective vibe that forms the beating heart of Expansions NYC parties is absolutely front and centre in Expansions In The NYC, Vega drawing in one of the most comprehensive lists of collaborators in recent memory. House heavyweights Honey Dijon, Joe Claussell, Moodymann, Kerri Chandler and Anané rub up against legendary vocalists Bernard Fowler, Cindy Mizelle, Lisa Fischer, Audrey Wheeler and Tony Momrelle. Gospel royalty BeBe Winans and Debbie Winans, pop icon Robyn and rising star Karen Harding sit alongside disco-era champions Unlimited Touch, Cuban jazz pianist Axel Tosca, Nico Vega, Two Soul Fusion with Josh Milan and Vega and underground legend DJ Spinna. At the centre of it all, fingerprint on every beat, touch on every groove, sits a master at work, weaving the individual threads into a rich dance music tapestry.

“In the past few years I’ve found new inspiration both from the musicians I’m working with and the audiences coming to see me at my DJ shows,” Vega says. “So for me this album represents new beginnings, bringing together a beautiful mosaic of artistic perspectives to express musically what we call Expansions In The NYC.”

At its heart, Expansions In The NYC is a love letter to New York, as much as melting pot as the city it represents, the scope of its line-up possible only because of the influence and reverence of Vega the artist, the DJ, the producer, the curator. In creating this album, Louie Vega has once again utterly enriched the lives and libraries of music lovers the world over, far beyond the hustling streets of NYC that have so indelibly left their mark on his work.

Maestro of your craft, you’ve been serving dancer floors worldwide, a pioneer of a forever evolving and unifying movement. House Music. You’ve recently started a new initiative with your upcoming album Expansions NYC, a 22-track project where you gathered many talented artists and promising producers from the scene. A journey of soul through jazz and house, when did you start working on this album, and what is different from your previous releases? And more specifically, how would you describe the overall work?

I started the Expansions In The NYC project back in 2019. This album was inspired by a club night I curated in New York City at a club on 21 Street. The night I called Expansions NYC where I played 6 hour sets on Wednesday nights. The sound system belonged to my friend Timmy Regisford, which was one of the main factors  that attached me to the club. The other factor was that it was on the same block of a club I used to play at called Sound Factory Bar where promoters Don Welch had a night “The Underground Network” where I was a resident over five years in the 90s.

On the Expansions In The NYC night which started Feb 2019 I would invitee musicians, poets, singers to have live impromptu Jam Sessions unannounced at 3am for the last out of the club night.

The last album I did was called NYC Disco where I paid homage to Disco influenced NY sounds. I also text back into the infamous Sam Records vast catalog. The Expansions In The NYC Album is totally different as explained above.

The overall work is a beautiful masterpiece and my love letter to New York City.

What is the primary ingredient to organising a great party?

The primary ingredient is inviting the right people. I focus on the dancers they are key, they feel the music and respond with body movements, they get all the others to get up and dance. They create atmosphere at a party.

Tell us more about your upcoming parties and gigs? Will we find you somewhere in The Netherlands any time soon?

I am touring a lot this summer. Maybe in Oslo I saw something in my schedule as of now tentative. But I’ll be in the UK, Ibiza, Mykonos, Lyon, Switzerland, Italy, Croatia, Amsterdam, Portugal, South Africa, Brooklyn, Los Angeles, with The Ritual With Anané & Louie Vega, Masters At Work, & Louie Vega gigs.

What have been the best parts about creating this album in your recollection of memories?

The best part about creating this album was collaborating with so many talented artists. Everyone has their style and character and together with mine created this wonderful  piece. My favorites, working in the studio with Robyn, Joe Claussell, Honey Dijon to Audrey Wheeler, Bernard Fowler to Patrick Adams! And more so, It was all good vibes in the studio!

What does Louie Vega do when he’s not DJing or in the studio?

When I’m not djing or in the studio I am at a restaurant, I enjoy good food, but my favorite is a home cooked meal by my wife Anané. Hanging out with my son Nico is another I love to do.

In connection to our issue’s new theme, what does balance mean to you?

Balance is managing all the important elements, from family to djing / traveling to studio sessions. All the things I love in life, music, eating well, staying healthy, all require balance.