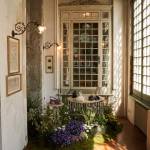 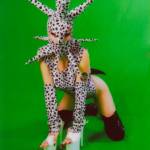 Taking place from the 24th to 26th November 2022, the festival will be Boiler Room’s first stand alone event in the city since ADE 2019. Exploring a different sound each day, the programme will reach across some of the most important new artists and collectives from The Netherlands and beyond. Partnering with seven leading spirit brands who share common values with Boiler Room, the event will be split across seven stages, and in line with the hybridity of our time, a full online program will also be available for everyone to attend.

Boiler Room prides itself on uncovering a multitude of subcultures, genres and scenes – for the first time all seven of its core brands will be showcased at one event. Attendees can experience the best of music and culture coming together from the next wave of rappers, forward-thinking collectives who are pushing the narrative forward within club culture, cross-cultural exchanges, special live performances and the next generation of talent in the broadcasting space.

These brands include BR X where it is believed that futures are forged in the club – teaming up with Absolut to celebrate the collectives pushing sonic and visual boundaries. This stage will be hosted by local queer party SPIELRAUM with Afra, Animistic Beliefs (live), ketia, RÆZA, Sarkawt Hamad and Yha Yha.

Connected by a love for subcultures around the world, SYSTEM celebrates the sounds of the diaspora in collaboration with Havana Club. This will be spotlighting pioneers and breakthrough DJs within the UK bass continuum including DJ Flight, DJ Storm, Calibre, Coco Bryce, Lenzman, Passion DEEZ and Nala Brown.

On the Rap Fantasy stage with Martell, rap music is put to the forefront, stretching the limits of the genre. Here you will find a selection of emerging and leading tastemakers within the rap scene such as JPEGMAFIA, Jeshi, Juls, JAEL, BNXN, BAO G, BXKS, and Taylah Elaine.

Broadcast Lab uses its platform to bring through the next generation of talent with Jameson – coming together to power ideas in the broadcast space. For the festival, the Broadcast Lab will be giving the winning entry the opportunity to curate a stage at the festival. With the applications now open here, the entries will be judged by a panel including mad miran, Scratcha DVA and Tash LC. Applications open soon via boilerroom.tv.

Lastly there is True Music Studio with Ballantine’s where the focus is on moving music culture forward through a series of global residencies. Dutch breakthrough DJ mad miran, who made her Boiler Room debut at Dekmantel Festival earlier this year, will be curating the stage, inviting the likes of Neil Landstrumm, re:ni, Ploy, Shackleton, Azu Tiwaline, Luke Vibert (aka Amen Andrews), Skee Mask and Katiusha.