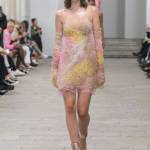 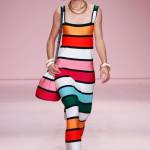 THE FULL LYNK & CO EXPERIENCE CAN NOW BE EXPERIENCED IN BARCELONA

The ninth international club opened at 44 Passeig de Gràcia. The Barcelona Club is Lynk & Co’s first Spanish location and also the largest club to date. The club represents a new chapter in the mobility company’s expansion as they grow and connect with their members in Southern Europe.

It’s a club. No car showroom.

At Lynk & Co they don’t do gray showrooms – you go to a club! Of course you can still see the Lynk & Co 01 hybrid car in person, experience a new perspective on mobility or take a test drive, but the club is also a social space to network with other members, have a drink, share participate in free events and shop with products from local partner brands such as Saye, WEARE.NOTFRIENDS, Calíope and Haan.

Colorful. Creative. And a little strange

The Barcelona Club was designed in collaboration with the Spanish design studio MASQUEESPACIO. The result is an eclectic multi-storey wonderland with very outspoken sculptures, such as fitting rooms encased in an emerald green mountain and a 3D-printed dome inspired by a whale’s belly to house the Lynk & Co 01.

“Spain has embraced Lynk & Co so warmly and we wanted to create something extra special for Barcelona. The new Club is colourful, creative and embodies an enormous passion, just like the city itself. We look forward to welcoming our members and reaching a new audience with this opening.” – Alain Visser, CEO of Lynk & Co

Sustainability was a key focus for the Barcelona Club. Sustainable, circular materials are central to the design, showing that sustainability can be as much about aesthetics as it is about functionality. Like all Lynk & Co clubs, the Barcelona Club will feature products from eco-friendly brands and run on 100% renewable energy.

Numéro had the pleasure to speak with Alain Visser, CEO and founder of Lynk & Co and here is how it went…

Starting from the beginning, can you tell us about your journey?

I worked for 30 years with other car brands and it’s clear to me that the industry hasn’t really been changing, the sustainability story is not credible. In 2015 I was asked to create a new car brand and it was the perfect opportunity to bring my ideas on paper and try to sell them. Initially, the idea wasn’t very welcomed, I was looked at as if I had been smoking the wrong substance, it was a bit too revolutionary. But then they warmed up to it and I got the green light. I started the company 1st of October 2015 alone, with no employees. I left my previous company with about 4000 employees to start a company alone, with no desk and no furniture, I then recruited a couple of people and two weeks later launched the idea to the global press which went extremely well. The following 4 years were spent preparing and now we have about 1200 employees, it’s growing very very fast!

How did it feel to introduce such a different concept from the current car market?

Felt very very good. It’s the first time that I’m doing something that I fully believe in, not just because the company I’m in wants me to do it, and I see it as a bit of a revolution against my own past. For me this has become a passion, it’s not a job, it’s something I genuinely believe in so I’m quite emotionally attached to it.

How would you describe the cars in a few words?

Do you see space for improvement in terms of sustainability?

Definitely. I think we try to be top on sustainability, I would lie if we say we are now a fully sustainable brand but I think we are making some noise, we decided not to offer leather in the car and I think that we are the first car brand to do so. Our objective is not to make as many cars are possible but to make the most usability out of them. But I think it’s fair to say this industry is not sustainable at all, we try to make it as sustainable as possible but we still have a long way to go.

You have opened clubs all around Europe in Amsterdam, Germany, Italy and more and now Barcelona! Is there anything that makes these locations differ from one another and what makes each one unique?

We try to make them all different but recognizable. There are some anchoring points like the yellow sofa, the weird lamps, the bar, the iconic crazy bathrooms and crazy meeting rooms, so there is a link between them but we want to make them all unique in their own way. I love it, the colors, the shapes, the space makes you feel like everything is possible, it’s like a playing field from the marketing team. I would say the most unique part of this club is the pool room, not to mention its great location and the Barcelona-inspired tiles.

Where do you see the brand reaching in the near future? What’s next for Lynk & Co?

We are now in 7 markets and want to expand more in Europe. We are also looking if our service offer can be wider than just the utilization of a car. And then our ambition is to go to the US.

What are the core values of Lynk & Co?