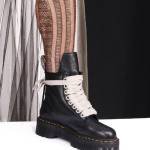 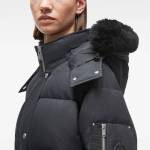 ”THE CROWN” SEASON 5, SHOWS FIRST-LOOK PHOTOS OF THE CAST

When The Crown returns for Season 5 on Nov. 9, a cast of brand-new faces will be moving into the royal residences. Imelda Staunton stars as Queen Elizabeth II, who presides over a particularly turbulent period for the royal family: the 1990s.

Among the many challenges facing the monarchy in Season 5 is the fight to remain relevant in a world where royal etiquette and convention feels increasingly out of touch. Also joining the series are Dominic West and Elizabeth Debicki, who play Prince Charles and Princess Diana. Jonathan Pryce takes over as Prince Philip, and you can spot Lesley Manville as Princess Margaret, Claudia Harrison as Princess Anne and Olivia Williams as Camilla Parker Bowles. Jonny Lee Miller stars as Prime Minister John Major.

Below, get your first look at the new cast, who tease a little of what you can expect from their characters this season.

Season 5 of The Crown introduces a new Queen Elizabeth II: Imelda Staunton takes over the role from Olivia Colman, who portrayed the monarch in Seasons 3 and 4. “What has been nice, and I hope I don’t prove them wrong, is people saying, ‘I’m really looking forward to seeing her as the queen,’ ’’ Staunton tells Tudum. “So, let’s just hope that works out for them, because I’ve done it. Nothing I can do about it now!”

For Jonathan Pryce, stepping into Tobias Menzies’ shoes as Prince Philip meant finding the man behind the public figure. Who is Philip as he enters this new decade, and the next phase in his life? “Doing this and looking into Philip’s background and finding out what made him the man he was –– that was the interest to me,” he says. “I’m more interested in their life, their emotional life, which is what The Crown explores.”

Likewise, Dominic West –– who takes over as heir to the throne Prince Charles from Josh O’Connor –– stresses that this series is more about trying to imagine what goes on behind closed doors than recreating real-life moments. What’s actually happening behind the headlines, political crises and scandals? How do these characters cope with the events in motion all around them?

“I think people understand, because the cast has changed every two seasons, that this is not an imitation,” he says. “This is an evoking of a character. That’s really where the show lives: in the imagined conversations of their private life, which is something that no one knows. I think that’s what it gets a lot of criticism for. How can you know what they talk about in their private lives? The obvious answer is we don’t, but we have an incredible writer, a dramatist, who imagines based on exhaustive research, and that’s really part of the fascination of the show.”

When we last saw Princess Diana in the Season 4 finale, she was starting to come to terms with the hard truth that her fairy tale royal marriage hasn’t turned out as she hoped. Elizabeth Debicki steps into Emma Corrin’s shoes for Season 5, which sees Diana embracing the spotlight and carving a new way forward for herself and the monarchy as it enters the 1990s.

“That’s the amazing thing about playing these people at this time, because in the journey of The Crown so far out of all the seasons, this is the most visual content we have of the royal family,” she says. “In the ’90s, everything had started to be filmed, and also it was the birth of the 24-hour news cycle, so there’s just this incredible amount of content that we have access to. Diana was the most photographed person in the world at that time. As an actor, you open the portal and this huge tsunami of information comes at you. I happily swam around in it.”

Olivia Williams feels great affection for Camilla Parker Bowles — played by Emerald Fennell in Seasons 3 and 4 — and took care to bring that to her portrayal of a woman who has often been misunderstood. “One of the great things about The Crown is: We get to see those sorts of imagined intimate moments, which maybe give us a better perspective on someone that we’ve judged,” she says. “Charles and Camilla seem to have a very healthy sense of humor about what at times must be an unbearable predicament. And that is the thing that I most want to show.”

Lesley Manville had almost two years to prepare to play Princess Margaret, the queen’s sister first portrayed by Vanessa Kirby in Seasons 1 and 2, and most recently by Helena Bonham Carter. “I had a lot of documentaries to watch, pictures, loads to read, but finally the scripts arrived, and that’s it,” she says. “All the books I read have different people’s versions of events. So you’ve got to let it go in and just sink in, but then you almost forget about it because finally the scripts come and that’s what you work with.”

Claudia Harrison replaces Erin Doherty as Princess Anne, Queen Elizabeth’s only daughter and a woman she absolutely admires, on and off-screen. “Anne’s an extraordinary character,” she says. “She’s not there to make people feel better about themselves, but she is superb at her job and is a proper feminist. She’s someone we can really look up to, and I think she has no sense of entitlement.”

What would a season of The Crown be without a great prime minister? Jonny Lee Miller plays John Major, who served as the country’s leader from 1990 to 1997, taking over from Gillian Anderson’s Margaret Thatcher. Though some may have trouble imagining Trainspotting’s “Sick Boy” living at 10 Downing Street, Peter Morgan says he’s delighted with the casting.

“I think Jonny Lee Miller is an absolute triumph in the role and a real surprise,” he says.