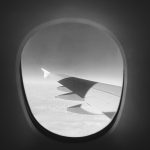 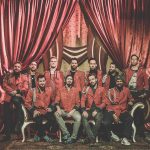 THE BICESTER COLLECTION – UNLOCK HER FUTURE : WOMEN IN THE C-SUITE

The Bicester Collection hosted the first Unlock Her Future™ Roundtable. A debate on the difficulties and opportunities for women in the C-Suite.

Maasmechelen Village, in collaboration with the World Travel & Tourism Council and Women Leading Tourism, gathered together a strong line-up of influential women. They pointed out the stumbling blocks to disrupt the C-level conference rooms.

More than a hundred leading women attended the round table discussion Unlock Her Future™ Women in the C-Suite in Maasmechelen Village.

Chantal Khoueiry , Chief Culture Officer at The Bicester Collection led the conversation and immediately set the tone for the entire audience: “Your success is proof that equal opportunity for women should not be an advantage, but a right for all.”

DO GOOD , in partnership with the World Travel & Tourism Council – WTTC and Women Leading Tourism , hosted Unlock Her Future™ Women in the C-Suite which is the first major meeting since the pandemic to address the lack of female representation at the political and governance levels to play cards.