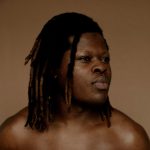 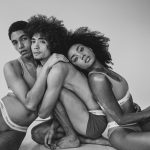 Tear down assumptions surrounding identity at the newest kunsthal exhibition

Numéro magazine got the honor of attending the opening of Kunsthal’s newest exhibition; Claude Cahun ‘Under the Skin’. Claude Cahun appears to be way ahead of her time, the exhibition fully immerses you in her universe. Allow the magnificent artworks to transport you in her world and astonish you with the strength with the body of work that is still very relevant today.

In ‘Under the Skin’ the visitor is transported to the world of the French artist, writer, and activist Claude Cahun. From Saturday 21 May, Kunsthal Rotterdam will be presenting over sixty photographs, photomontages, publications, and archival material by and about this versatile artist. Last year, this extremely well-received exhibition could only be shown for a brief period of time at the Cobra Museum of Modern Art in Amstelveen due to the Covid-19 restrictions. The Kunsthal is pleased it can show ‘Under the Skin’ to a wider audience this summer. Although Cahun’s revolutionary work remained unnoticed by the general public for a long time, she has been a major source of inspiration for renowned photographers like Cindy Sherman and Nan Golding, but also for people like David Bowie. The common thread of the exhibition is formed by important themes from Cahun’s turbulent life: the exploration of different (gender) roles and identities, her involvement in the Paris avant-garde and experimental theatrical companies, her acts of resistance during the Second World War, and her clear views on the world around her. The majority of the photographs in the exhibition have been enlarged and printed using contemporary techniques in order to bring Cahun’s theatrical and penetrating work even closer to the public.

Claude Cahun (1894-1954) was born as Lucy Schwob. Around the age of twenty, she started using a pseudonym that today might be described as gender neutral. On this subject she wrote: “Masculine? Feminine? It depends on the situation. Neuter is the only gender that always suits me.” In her* self-portraits Cahun explores a variety of (gender) roles, sexualities, and identities – a theme that is still very topical today. In early photographs, Cahun is depicted with a shaved head and dressed in men’s clothing. Cahun used her own image to reinvent herself time and again, dismantling assumptions surrounding identity. At the age of fifteen Cahun met her life partner Marcel Moore, formerly known as Suzanne Malherbe, with whom she collaborated intensively.

Behind this mask, another mask
Cahun’s participation as an actor with various avant-garde theatre companies in Paris in the 1920s would have a major impact on her work. Cahun often used the characters she played as a point of departure for her self-portraits. In staged situations – using theatrical props like make- up, costumes, and draped curtains – Cahun took on the roles of a sophisticated dandy, Buddha, a sailor, a man, a woman, an androgynous person, and everything in between. In the work ‘I am in training don’t kiss me’ (1927) she is, for instance, dressed-up like a bodybuilder with male as well as female characteristics. Each time from a different role and perspective, Cahun questioned whether it is possible to be your own authentic self or whether our identities are shaped by society. Especially noticeable is the use of different masks. These symbolise how we present ourselves to the outside world. In 1930 Cahun wrote the following about this: “Behind this mask, another mask. I will never be finished removing all these faces.”

Surrealism and activism
In the 1920s and 1930s, Cahun was closely involved in the emerging movement of surrealism. Apart from being close friends with a number of the movement’s key figures, her work from that period also shows clear influences. Around that same time, Cahun created the publication ‘Aveux non Avenus’ (Disavowals or cancelled confessions), which might be described as an anti- autobiography, together with Moore. Various texts like letters, poems, fables and transcripts of conversations and dreams alternate with photomontages and assemblages. These works, a number of which are shown in the exhibition, unite different everyday objects in an alienating way. Cahun’s artistic development went hand in hand with an increasingly public expression of her political views. With her texts and photographs from that period she reacted to emerging nationalism and antisemitism.

Poetic resistance
After Claude Cahun and Marcel Moore fled to Jersey in 1937 to escape emerging fascism in Europe, they continued their photographic experiments there. But with the Nazi’s invading the Channel Island in 1940, the threat caught up with them after all. The couple took a conscious decision to stay in Jersey and take part in the resistance. While Cahun first primarily expressed her activism through the arts, she would now also put it into practice. Albeit in a poetic and subtle way: Cahun and Moore spread mysterious anti-Nazi texts and pamphlets among German soldiers in order to discourage them. Photography and archival material from this period are shown in the exhibition.

Confessions to the mirror
In addition to Cahun’s works, ‘Under the Skin’ also features the video work ‘Confessions to the mirror’ (2016, 68 min.) by the artist and experimental filmmaker Sarah Pucill. In this closing piece of the exhibition, Cahun’s photographs are brought to life. The film is based on Cahun’s unfinished autobiography ‘Confidences au miroir’ (1945-1954).

Calvin Klein launches the ‘This Is Love’ campaign