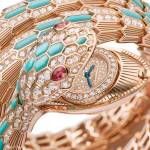 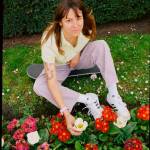 COLLIDE is raising antennas – we are opening our eyes to decoding the contemporary narration and selecting the most ingenious, cutting-edge protagonists in the Industry. Believing that all human nuances must be exalted, we aim to move the conversation forward.

EMPATHY, EMBODYING THE OTHER

Nowadays, humanity is resurfacing, proving to be a harsh contrast regarding the needs of our planet – catastrophic, yet enlightening. More than ever, these teachings developing within our culture take into account the incarnate and emotional presence of others. The months we have spent away in solitude, fostered a need for exchange. The emergence of ideas has encouraged the creation of protective spaces, sheltering us from future catastrophes. Emerging spaces with shared knowledge and understanding. We are assisting in the rise of a trend that within the next few years is likely to continually embrace the increase of community-driven projects, with collaboration at its heart. Responsibility and self-care will emerge as a main focus worldwide, propelled by the reconnections with our existential and cultural origins. A spiritual uprising characterized by the will to grasp the most relevant facets of our existence is manifesting as a spontaneous consequence. At the centre of this process there is the deepest human need to get in contact with what constitutes the basis of individual relationships: empathy – arising when we understand that another person is subjected to experience just as we are, that they have the same feelings as we do. Being aware of emotions, desires and thoughts is key in social and moral wellbeing. When we feel empathy we not only activate our senses, though also our cognition. This way, empathy fully constitutes a process that includes compassion, attention, concern and respect. If our bodies did not physically manifest feelings, this sequence resulting into empathy could not exist.

Iga Węglińska is a Polish multidisciplinary designer and researcher who focuses her studies on human-garment interactions. The Emotional Clothing project consists of two multi-sensory silhouettes that rely on a biofeedback process, highlighting psycho-physiological occurrences happening in the user’s physical frame, like body temperature and heart rate. These smart-sensory fabrics employed are supposed to stimulate cognitive involvement and mindfulness, allowing a ‘sense of taking part’ to emerge. The output of this investigation shows that the respective phenomenon can be implemented on other items and sectors such as sports, medicine, the armed forces and especially the area of non-verbal communication. This project is a fine example of what can happen when the fashion industry joins forces with science for the good of the consumers wellbeing.

In the same kind of way, Moncomble Paris implements empathy to their jewelry – with The Lacrima, Camille Moncomble, owner of the French brand, wants to make the observer a participant in certain kinds of emotions that inhabit the wearer. The collection consists of materials as plated gold, Topaz, Garnet and diamonds. Their purpose lies in the context of ‘Emotional Jewelry’, which highlights the need to express an ample range of human feelings like never before. The choice to give such a literal form to a tear is a statement of how necessary awareness is, through the identification of another’s emotional life. Only by knowing the latter, our knowledge can expand, inhabiting a perspective that is not ours.

While presenting the Spring/Summer 2023, Gucci has also explored an empathic encounter theme. The show opened by models walking individually down the runway, as usual, before being united with their identical twin for a second walk, intertwined in stride. The choice of these pairs draws on the family history of the house’s creative director Alessandro Michele – his mother and aunt are twins – who celebrated his double vision through amongst others country quilting, embroidered chinoiserie and red carpet glam. What is interesting is the connection that takes place between the siblings, the mutual support while holding each other’s hands. The outfit and styling are identical, meticulously replicated in the same way – both symbolize the power of understanding and recognizing the existence as well as emotion of the other half. Our listening extends to the other, going beyond its known boundaries and modifying them to make them similar to whom we have welcomed.

The understanding of the importance of this vital mechanism is currently being tested by the medical field as well. The use of psychedelics is slowly stepping into legal health treatments that are oriented towards the cure of psychiatric and social disorders in humans. Hallucinogenic effects of LSD were first discovered in 1943 and strongly increased during the ’60s and early ‘70s. Lately, the practice of micro-dosing has gained ground as a modality to explore deeper our daily relationships. LSD, in fact, vividly enhancing the function of our sensorial spectrum, is able to re-create inside us the whole range of feelings emerging inside the other, let us delve into unknown, kaleidoscopic and knowledge-enriching experiences. This way, core feelings such as trust and confidence could go through a structural enhancement, resulting therapeutic for those who are in need.

Experiencing empathy involves awareness of one’s own body, of one’s own senses and  specularly, of the embodied presence of another human being – even when this implies embracing the unknown and the hidden. Imagination is at the heart of the empathic process, giving concreteness to the understanding of what the other is, their experience and desires. Only by referring to such a process in both culture and politics, we will be able to expand inclusion, to inhabit and embrace the perspectives of others through others.

IN CONVERSATION WITH NORA VASCONCELLOS