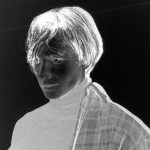 These days Wiz Khalifa isn’t giving any fucks anymore, if ever he did: “I focus on having the balls to say how I really feel.”

It’s a cute segment in a short documentary series that Apple TV put up on YouTube a few years back, about American rap superstar Wiz Khalifa (34). It shows a young Wiz – decidedly less tattooed at the time – performing in front of a handful of passerbys in a shopping mall. The story then cuts ahead in time: Wiz performing the same song in a crowded bar that’s not paying too much attention. The next jump has Wiz holding up the microphone to a huge crowd, the audience singing the lyrics of that same track back to him word by word.

The track that catapulted him into stardom, Black and Yellow in 2011, was at that point still ahead of him. His mega hit song with Charlie Puth, See you again, is from 2015. With over five bilion (!) views it is still the fifth most streamed video on YouTube ever.

Today we catch Wiz, originally from Pittsburg, Pennsylvania, in his Los Angeles mansion, where he’s on his couch smoking a joint – as he explains over the phone – after a workout. He is a bit (by means of understatement) of an ambassador for marihuana. In fact, the guy has his own weed strain named after him: Khalifa Kush, a hybrid marihuana.

Being from Amsterdam and having smoked a joint or two myself, I know how it affects me. It’s quite incredible to me how you combine working out, being a superstar, being a dad, while smoking weed by the ounces.

“Weed is medicine to me. It relaxes me, it motivates me, it wakes me up, it puts me to sleep, it settles stomach after I eat. So it works for me in all those ways, while for another person it might just do one or two of these things. But there are ways to do it. I’m able to bring it to people, make them experience it in a way they have never before so they have a positive reaction to it.”

The other day you put an interesting post up on your Insta: ‘The moment I stopped giving a fuck was the moment stuff started happening’. Could you elaborate on that?

“I think that it is a mindset that stretches across the board, but it is really, really important when you live the lifestyle that I do. I’m basing everything off of my ideas and my own inspiration. Things build up over a period of time and then it starts to happen that other people will have an input. People come in that try to bring me down or try to sway me away from my ideas or what I think could be successful. I just think it’s really import to remind yourself that whatever got you in the game, it wasn’t to make certain other people happy. It wasn’t to seek them, or have their reactions. When you let that kick in, a lot of good stuff happens.”

What kind of fucks did you stop giving?

“I never really gave a lot of fucks anyway. It is mostly about what other people expect, or even about my own expectations of what the results will be. Some people are validation or gratification driven. To throw all that away and just trust the process and enjoy the moment, that is what I want.”

From what I’ve understood you are working on an album right now?

“Actually, I have multiple projects coming up. Some projects that are close to me that are ready for the fans, for the core fan base. I’ve got a group project with Juicy J that is finished, I’m executive producer on Snoop’s next album. And I’m working on my next really big release. I’m gonna start dropping singles for that pretty much when I get off the phone with you.”

You are quite the prolific artist, even if I would only look at your 2020 output. EP’s, albums, projects: what is the distinction between these formats for you?

“For me it’s about how people digest music. These days you can have a project, you can have an album, you can release a single. The main goal is to stay busy and keep the fans aggravated. Have everything lined up for music to be released, me being able to do what I gotta do. I want to put on good music for people to really match on to, gravitate to, keep it moving and rock out the shows we do.”

What is the inspiration for your upcoming album: is there a certain message, or how is it driven?

“It’s really just based on where I am at in my life now, the things I enjoy. I have always had different sides to myself, wether it’s more introspective, or kind of motivational, or has a weed smoking trippy vibe. And then there’s the more upbeat stuff, kinda hardcore, a lot of low end, a lot of base, to just make a move. So it’s about finding the right spot, which songs to drop and when. It is what is exciting about where I am at this stage in my career, that with whatever journey I’m having, I have people turning on, taking them on that journey with me. It’s the beauty of releasing music now, there is really no pressure.”

You mention the word introspective. With you being at the center of attention in everything you do, it is almost hard to imagine you having an introspective side to your persona.

“I think it’s all about how you interpret the music. Everything that I say has a meaning, even if it is a curse word, there’s a purpose for it. So it’s all about digging deep into my catalogue and knowing what I’m capable of. I’m at the point where don’t have to prove anything to anybody. The more fun that I have, I know people are gonna have it as well. The cool thing about being an artist and expressing yourself is that there is a million people out there going through the same thing as you are. However I say it, however it touches people; I don’t really focus too much on how it’s going to be received. I focus on having the balls to say how I really feel.”

Do you ever still feel shy about expressing yourself, exposing sides of yourself in your music?

“No, I’m not shy at all. People that really gravitate towards me, by now I think they know everything about me. And I think they want to hear realness, transparency. Whatever the message is, people have to feel that it’s authentic. And thats my real job, to be one hundred percent a real person, a real artist. As longs as people are getting that, I’m cool.”

You’ve had this incredible, massive succes, and already quite early on in your career. What do you reach for once you have made it that big?

“For me it’s about opening stuff up, progressing and doing things in a new way. Creating great experiences for the fans is my main objective, besides fully expressing myself. Music can help you reach your goals, it can make you feel confident, it can help you pick an outfit for the night, it can have you fall in love with someone. To be able to contribute to that is really exiting to me.”

In conversation with Tate McRae