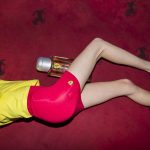 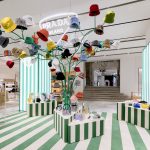 The Dutch-born singer with Chilean roots is best known as the frontman of the Latin crossover band TenTemPiés, with which he has performed all over the world, and the successful Festival Macumba. With the release of his solo album, which will be released on the Spanish label Calaverita, a new era is dawning for MAURINO, where he wants to make Latin even bigger in the Netherlands with his own renewed sound.

Have you ever seen moshpit develop at a Latin concert? When Maurino Alarcón is on the podium, anything is possible. The Chilean from Amsterdam plays with the energy of his audience like no other. No concert without a stage dive and his Spanish-language socially critical lyrics are always spot on.

Maurino Alarcón will forever be known as the brain behind Fiesta Macumba, the largest Latin party in the Netherlands with its own tent at Lowlands. He will also be remembered as the frontman and singer-songwriter of the band TenTemPiés. Now MAURINO is ready to present his solo project. Future Latin, he calls it. Reggae drums, jazzy piano, thick bass line. The new direction of MAURINO does not shy away from any genre.