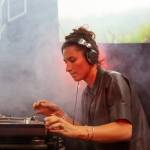 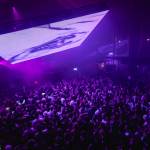 Dutch-born DJ and producer Steffi is back with her fourth solo album ”The Red Hunter“ and the first project released through Candy Mountain, a new label, studio, and creative hub founded with Virginia at their new home base in Portugal. Dedicated to Steffi’s late mother, the album tells a story of family ties, the female spirit, and the dynamics of change. It’s 10 tracks drawn from drafts written on the move over the past few years and brought together during immersive sessions at the Candy Mountain studio. They reflect a time of personal flux transformed into something new, resolute, and affirmatory.

”Life is about constant transformation. Without change and movement, there is no development in expanding your horizon.“

Steffi’s unwavering commitment to growing and challenging herself as a producer, DJ, and label head has kept her at the forefront of contemporary dance music since the mid-90s. As a producer, Steffi has an extensive discography that takes in albums, singles, and remixes – solo and in collaboration – released by respected labels including Ostgut Ton, 3024, Dark Entries, Ed Banger, and Because Music.

Throughout ”The Red Hunter“, Steffi evokes the ambiguities of personal relationships, their highs and lows, their gentle moments, and their collisions. But most of all inspired by her mother, reminiscing about her spirit and processing the influences she had and still has on Steffi’s daily life. This album is like a lifetime, a process to be lived through and learned from, to be constantly molded into something new.

Congrats on the release of your newest project ”The Red Hunter“. How long have you been working on it and how did it all evolve?
I wrote the album in the last four years, I started writing it shortly after my mother passed away. The following years were a lot about my mother’s absence which affected my everyday life a lot. And of course it also reflected where my head was musically speaking when I worked in the studio on these new tracks. When I was done with all the sketches it felt like this project was ready to be a possible album, and I decided to dedicate this to my mother. She was a big supporter of my music it’s an honor to dedicate this to her as a thank-you for passing on her strong energy to me. She learned me to stay true to what I believe in and how hard work gets you where you want to be. Follow your path in a steady, solid way. On this album, I pushed myself to achieve the next level, something she would also motivate me to do. Perseverance is something I learned from a very young age.

What lies behind the name ”The Red Hunter“?
The Red Hunter is an inside joke between my brother and me. It was our nickname for my mother when we were teenagers. She used to have bright red hair, and she was a force of nature – very energetic and full of fire. Translated to the music on the album, it has a very fast flow and moves forward with pulsating rhythm sections. She is in there a lot, so to say.

”The Red Hunter“ is the first project released on Candy Mountain. How was the creative process of the album and what are the key elements of sound and production?
I have been writing this album over the last three to four years. The foundation of these songs lies in so many different settings and places rather than writing it at once what I usually would do. Looking at it from a more conceptual aspect I really wanted to dive deeper into my rhythm sections and take that to the next level. More definition and details were my main goals. Small melodies on top of complex and heavy beats. Rhythm became a melodic element. ’The Red Hunter’ is the first track I have written in this particular mood that defines the sound of the whole album perfectly for me. When I finished this track I knew I wanted to write a whole album around this song, and it was clear where the sound needed to go. It gave me the kickstart of the overall creative process for this album.

Candy Mountain, is a new label, studio, and creative hub at your home base in Portugal. In what way does Portugal influence your creative vision and what do you envision with this new project?
Virginia and I bought a house in Portugal in 2017 to spend our time between Berlin and the Portuguese countryside because we both love the country, its people, and nature. In 2020 we wrapped up our life in Berlin and ended up moving permanently. In general, the countryside has such a good influence on my daily mindset and production flow. Being in nature daily and working on music helps with a positive outcome on my mental health. It’s great to ground myself in these beautiful surroundings after coming back from the weekend traveling and working in the nightlife. We both feel that it is important to give something back to the place we moved to and that welcomed us so we hope to be able to do so with this new concept. It’s a great opportunity to be able to support the community and release the music that has been created there on the Candy Mountain imprint. Our goal is to work globally but mainly have an open door to the community here.

Your album can be seen as a process to be lived through and learned from. The theme of our current issue is Metamorphosis. What do change and transformation mean to you and what is your biggest lesson in life?
Life is about constant transformation. Without change and movement, there is no development in expanding your horizon, on every level, not only creatively. I don’t regret anything as all events that happen in life are part of the journey. A wrong choice doesn’t exist as it will show you an outcome you can work with and therefore is always a learning process. Staying true to myself is the most important mantra for me. We have to navigate our path with what has been given to us. Out there are challenges for all of us, and at the end of the day, it’s about balancing and learning to use our energy wisely.

How do you keep up reinventing yourself as an artist? What keeps you going?
I have a lot of ideas and dreams. There is always something exciting and new on my horizon right after finishing the latest idea. This keeps me going and is a great way to challenge myself creatively. I have so many goals I would like to reach so I try to keep an open mind to be able to stay inspired and move forward. Even if the mainstream moves in a different direction – it’s all about being patient to see what comes next and how this can be a new chance to make a difference or create a new narrative.

What does the rest of your year look like? Where can we catch you performing ”The Red Hunter“?
At the moment, I am at the end of a live tour to promote the new album, there are two more gigs from that list to come, Blitz in Munich and Herfstdrift in Nijmegen, next to a batch of really fun DJ shows and of course a New Years eve party at Berghain before I am taking a break to recharge my battery for 2023!

In Conversation With Afra

A RECAP OF THIS YEAR’S MOST AUTHENTIC EVENT OF ADE: AUDIO OBSCURA