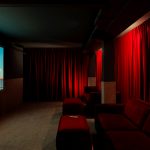 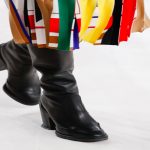 Art Design Exhibition Things to do

The Stedelijk presents The Future is Now by Nam June Paik

The Stedelijk Museum Amsterdam presents The Future is Now, a major exhibition of the work of artist Nam June Paik, which opens on 14 March. Paik’s multidisciplinary, radical, innovative and playful work continues to inspire a new generation of artists. He was one of the pioneers of contemporary video art and predicted the power of mass media to shape our lives. Fanning out over 16 rooms, the survey is the biggest and most ambitious retrospective in years.

Born in South Korea, Nam June Paik (1932-2006) grew up in Japan, studied music in Germany and collaborated in Fluxus, an international network of avant-garde artists. Paik introduced the term ‘electronic superhighway’ to foretell the future of communication in an internet age. The artist erased the boundaries between art and technology, between East and West, and investigated technology’s impact on globalization and everyday life.

The Stedelijk’s relationship with Nam June Paik dates back to 1977 when the museum mounted his first major show in the Netherlands. In 1984 Paik also took part in The Luminous Image, an ambitious survey of contemporary video art. The Stedelijk not only championed the new discipline by giving it a platform, but also purchased video art, including that of Paik, for its collection—one of the first museums to do so. An iconic installation from the Stedelijk collection is TV-Buddha (1974), in which an 18th-century wooden Buddha appears to ‘watch’ itself on a modern television, and typifies the influence of (Zen) Buddhist philosophies on Paik’s approach to art and technology.

Curator Leontine Coelewij: The work of Nam June Paik stimulates the viewer’s senses through a multisensory sound and image experience. Paik was one of the first video artists. He began testing the boundaries of television as a medium as early as the 1970s and explored its role as a transcendent mode of communication able to connect the world's population at the touch of a button. With social media and online video platforms we’re living in the world that Paik foretold, which makes this exhibition more topical than ever.

The Future is Now takes a definitive look at the artist’s interdisciplinary oeuvre: video, sculpture, music, dance and performance. And features two spectacular room-filling installations: TV Garden of 1974-77, where television sets seem to flourish among abundant foliage, and Sistine Chapel of 1993, the iconic culmination of the exhibition in the IMC Hall of Honour, a mesmerising riot of images from 34 projectors, for which Paik received the prestigious Golden Lion at the Venice Biennale in 1993.

The exhibition also highlights his collaborations with other artists such as composer John Cage, choreographer Merce Cunningham, cellist Charlotte Moorman and artist Joseph Beuys. Additionally, Paik strongly emphasised the interactive qualities of art, and the exhibition also includes art works in which visitors can participate by physically interacting with the work.

FEST opens flagship store with a cinema in Amsterdam