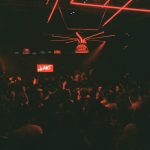 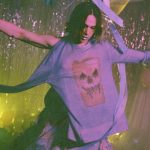 This autumn, Anne Imhof is invited to take over the Stedelijk’s 1,100-square-metre lower-level gallery. Combining art, architecture, light, and a sound composed especially for the occasion, she will transform the space into a labyrinthine total installation. Anne Imhof is recognized as the artistic voice of a new generation. Her work is disorienting, and an unfailing memorable phenomenon by shapeshifting all genre-boundaries. Imhof’s first solo show in the Netherlands is a collaboration between the Stedelijk and the Hartwig Art Foundation.

To engage our senses, Imhof appropriates a polyphony of disciplines. She ensembles painting, installations, choreography, and music. Often drawing on duality, Imhof finds inspiration in a wealth of cultural history, from Greek mythology and Nihilism to underground culture. She addresses the dynamics of power, tapping into feelings such as hyper-individualism and loneliness, desire and greed, saturation, and the fear of missing out. Translating these emotional states into her artworks, Imhof captures fleeting moments rather than a single point in time. She will construct a dystopian underworld inside the Stedelijk, by way of a vertiginous labyrinth constructed of school lockers, that recollects a feeling of anxiety and body dysmorphia. Within its narrow passages, an Avatar gazes, confuses barriers, and shifting light plays with our orientation.

The Garage Museum of Contemporary Art in Moscow was intended to be the exhibition’s first venue, curated by Beatrix Ruf (Director, Hartwig Art Foundation) in collaboration with Katya Inozemtseva (Chief Curator, Garage Museum). In response to the Russian war in Ukraine, the Garage Museum suspended its exhibition program with immediate effect. The preparations for Moscow are now the reference for the show in Amsterdam, which is curated by Vincent van Velsen (Curator, Stedelijk Museum Amsterdam) in close collaboration with Rein Wolfs (Director, Stedelijk Museum Amsterdam). A new video work created in Moscow by Anne Imhof will premiere at the Stedelijk.

Anne Imhof (Giesen, 1978) studied at the Städelschule in Frankfurt. She was awarded Der Preis der Nationalgalerie in 2015, which led to a solo exhibition at the Hamburger Bahnhof in Berlin. Imhof won the Golden Lion at the Venice Biennale in 2017 for her work Faust. Her following exhibitions at Tate Modern and Palais de Tokyo were received enthusiastically by the media and the public alike.