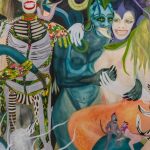 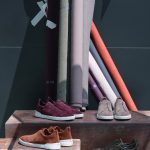 IN THE SPOTLIGHT: BREITLING’S CHRONOMAT FOR WOMEN

Lights, camera, double debut: we’re thrilled to present Breitling’s new Spotlight Squad as we launch our line of Chronomat 36 and 32 watches – for women of purpose, action, and style.

“Our inspiration for this new collection is the Breitling woman herself, as represented in our #SQUADONAMISSION campaign: a woman of purpose, action, and style who’s at the top of her game,” says Breitling CEO Georges Kern.

Some people have mastered the art of not only shining in the spotlight, but also shining their light on others and inspiring change in the world. Three of them are on our Spotlight Squad: Charlize Theron, Misty Copeland, and Yao Chen. These extraordinary entertainers are at the top of their game, and have shattered the stereo­ types clinging to their gender and respective fields. Originally from South Africa, Oscar­winner Charlize Theron has proven her versatility in numerous roles and genres. In 2004, she won the Academy Award for Best Actress after playing a serial killer in Monster. In 2019, she starred in and co­produced the dramaBombshell, for which she was nominated for another Academy Award. In 2007, dancer Misty Copeland was only the second African­American woman to be promoted to soloist with American Ballet Theatre (ABT); in 2015, she was the first African­American woman to become a princi­ pal dancer. That year, Time magazine named her one of the world’s 100 most influential people. Chinese TV and film actress Yao Chen has won many awards, including the Audience Choice category of China’s Golden Eagle Award (2010) and Best Actress at the Busan International Film Festival (2016, Asian Content). In 2019, she won the Golden Mulberry Award for Lifetime Achievement at the Far East Film Festival.

A Passion for More:

In addition to excelling on screen and on stage, these three are not afraid to take control of their own story­ lines while trying to improve the lives of others. Indeed, they form a tenacious squad of women who stand up for their beliefs and the issues closest to their hearts. Breitling CEO Georges Kern adds: “Who better than Charlize Theron, Misty Copeland, and Yao Chen to turn the spotlight on major global causes as they redefine what it means to be a strong woman? Three leading stars known for being fierce and pushing boundaries. What binds them together is the Spotlight Squad and Breitling’s dedication to change, diversity, and reshap­ ing the world we live in.” “And now – dedicated to women – the new Chronomat 36 and 32 collection embodies flair, confidence, and an active lifestyle.”

Ready for any Mission:

With its commitment to core values and innovation, Breitling is also about pushing boundaries, whether it is high above the clouds, on the ground, or deep below the ocean waves. As versatile and attractive as the Spotlight Squad, its latest collection – the Chronomat 36 and 32 series – takes women wherever they want to go. Breitling’s first­ever Chronomat designed for women is suitable for any mission. While its roots are in the 1980s, this forward­looking timepiece is dedicated to innovative women of today who are reshaping atti­ tudes and challenging stereotypes. Sporty yet elegant, this modern­retro­inspired watch easily takes its wearer from business meeting to the beach – and everywhere in between. It symbolizes competence and effortless style.

Igone de Jongh trained at the National Ballet Academy in Amsterdam and The Royal Ballet School in London. Subsequently, she is promoted to principal soloist at the age of 24. Trust, perseverance and optimism are her core values. Even when she ended up wrong at twelve with the risk of never being able to dance again, she has not given up on her dream. What followed was an impressive career, which, thanks to her unique way of movement, brought about packed houses and standing ovations.

“For me, time is being in the moment: honest, sincere. Train and practice until my coordination and timing are right – are one. Then you become weightless, as if time stood still. Moments that make everything worthwhile. ”

In addition to being an actress and film maker, Hanna Verboom is also a social entrepreneur. Hanna is the founder of Get It Done (2007), an organization that inspires and activates people to work for others. At the end of 2014, she founded Cinetree, an on-demand film platform that, together with experts, makes a selection of inspiring films and documentaries every month. In addition to her own businesses, Hanna is committed to local, sustainable brands and social initiatives. Big dreams, small steps, this is her entrepreneurial mantra.

Yootha Wong-Loi-Sing is an actress and singer. She starred in LOVE IS_, a series for the Oprah Winfrey Network, and in REALLY LOVE, for which she received a prestigious acting award at the American festival SXSW. Growth is the great motivator in her life. During the filming of the lead role in 'How expensive was the sugar', an impressive time arose in which she could use her great talent and learned the importance of gathering knowledge. She received a nomination for a Golden Calf for this role.

“For me, time is surrender, showing myself my most vulnerable side. Time is endless and has no beginning and no end. It's about how much you enjoyed something, with your heart, the purest compass. ”