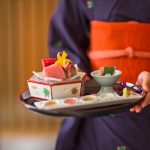 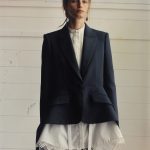 From an actor to a director, Alex Pettyfer is making his dreams a reality

Alex Pettyfer, a successful British actor, writer and director, made his acting debut in 2005. His most notable roles to date include Magic Mike, I Am Number Four, In Time, just to name a few. In 2017 he made his directorial debut with the film Back Roads, which he also starred in and produced. This was just another step onto a new path in his career.

1. If you were put in a time machine and 10 years in the future, what changes would you like to see in the world?

I would like to see that we come up with a better solution towards climate change and our mentality united as a whole towards saving our planet.

2. What are the 3 things you would change in the world?

We are becoming addicted to an alternate reality, this futuristic world, where technology is prospering as we're becoming addicted to 7 second or 15 second clips, as we swipe  with this voyeuristic nature. I think we are losing touch with reality and creating this alternate online versions of ourselves. I would like to see a larger connection to nature and being more grounded and in touch with our world. I do think that there is something beautiful about a cyber connection, this feeling of being connected throughout the world, which is addictive, but I think everything has to have a duality and a balance.

3. As we are speaking of fashion, what trends do you see shaping the future of men's fashion?

I love the era of Alain Delon and this french noir cinema wear, it is amazing and beautiful. It kind of blended into America as well with Steve McQueen. It's classic, chic, nostalgic. I admire what Hedi Slimane has done with Celine, it was really the only show at Paris fashion week that felt kind of different, it was something that really resonated with me.

4. Who, in your opinion, will be the biggest fashion icons – male and female – of the next 5 years? Why?

Hopefully Hedi, he's one of my best friends and I love him to bits. I think what he's gonna do with Celine and what he did with Saint Laurent is great. He doesn't just go into something, he doesn't just design, he reinvents, immerses himself into the culture and tells a story.

5. Singapore, Tokyo and Dubai are among the most futuristic destinations at the time and travelling trends are changing constantly. Which destination will be on the top of travelling lists in the future in your opinion?

The future can be past or present, we can go to a place and kind of feel like we've gone back in time or advanced into the future. I'll tell you the most beautiful place I've been and it's not futuristic. I've visited it recently and thought it was magical. San Miguel del Monte in Mexico, it's like going back in time, there's an energy in the soil that when you're there you feel so connected, present within yourself.

From a tourist futuristic point of view and as a place that technology and the future are kind of evolving, I think it's Silicon Valley. I think San Francisco is turning into a hub of some really special and creative ideas that are gonna prosper and hopefully change the world.

6. Let's focus a little also on the past. Which is the one thing from the past you would like to see being popular again in the future?

Phones without cameras, the little brick phones that you used to play snake on. That was the only game or entertainment you had. Or the Blackberry, the old school Blackberry.

7. If you could choose any of the actors/actresses you have never worked with yet, who would you choose and why?

Jane Fonda. She's an icon to me. I met her once at the premiere of a film we were both in together, called "The Butler", but I would do anything to share the screen with her. Those five minutes I got to speak to her after the premiere was a highlight for me. She was so generous and took time to engage with me. That made the experience of meeting her so much more special.

8. What are your next projects and which one you're most excited about?

I have I-Land at Netflix from a genious mind Neil LaBute, which I'm really excited about and it comes out about now. It is a really cool sci-fi show and there's a lot of mystery elements, people don't really know who they are on this island, it's about self discovery. There's an omnious feel to the show, so you're discovering it as the characters are discovering it.

I also have a film called "Warning", which is also sci-fi and it's about all these stories that are interconnecting about life, love and tragedy, all set way in the future.

I'm just about to start a film called "Echo Boomers", which my production company, Dark Dreams Entertainment, will produce. It's the second time I'm collaborating with Michael Shannon. We did a movie in 2016, called "Elvis & Nixon".

9. How do you look at your development as an actor from the start of your carrer up until now through different roles?

As an actor or to be an actor is very therapeutic and I think that you have a lot of self discovery through each experience that you endure. For example, with Magic Mike I didn't know how to dance and didn't know anything about that world and I think that with each experience that you take on there's an element of learning and absorbing the information of whatever that cultural element is or whatever the background of the character is historically. I did The Butler and I learned all about American history and the history on slavery. As a human being you strive with education, we only grow through education and experience, learning about our past to help our present and future. So I think I'm a very lucky man to be in a position with the opportunites I'm given.

10. What do you envision for your life to look like in the future?

I always wanted to be a director, that was always a goal. I happen to be very lucky to have become an actor and kind of learn the craft in a different way. I love story telling, I think everything has a story behind it, whether you're a part of a fashion brand or developing a story for people to relate to. I think being creative is the key to growth for me. I just finnished writing a script, but the goal is to focus on development through my production company "Dark Dreams Entertainment" and to hopefully bring film and television to the screen so people can be entertained.

We can't wait to see more of his directorial projects.