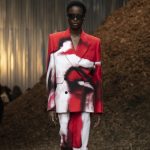 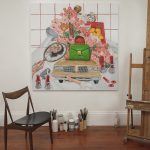 On the 8, 9 and 10 of April, starting at 12:00 PM until 10:00 PM, Hub Criativo Do Beato, in Lisbon, will host Sonar+D – a daytime extension of Sónar Lisboa 2022 – dedicated to creative technologies that gathers conferences, exhibitions, and AV shows. A programme curated by Antónia Folguera in collaboration with researchers, scientists, and artists from different digital fields, exploring creativity as one of the leading forces transforming reality in the 21st Century. Check out the full line-up and set times here.

Sónar+D Conferences take place from 12:00 PM until 06:30 PM in Factory Lisbon, with the central idea revolving around Sustainability and Human Rights. From there, three subthemes unfold: Artificial Intelligence and Algorithms; the Intersections of Art, Science, Ecology, Sustainability and Climate Change; and Creative Technologies and Digital Economy: from Metaverse to Web3.

Some of the featured speakers are Bas Grasmayer, leader of the community platform COLORS and founder of Music x, which addresses, among other things, NFTs in the context of the constantly evolving web3; Canadian DJ and producer Jayda G, whose background in Environmental Toxicology allows for an in-depth analysis of the music/sustainability dichotomy; artist Tupac Mártir, founder of the renowned multidisciplinary Satore Studio, which uses cutting-edge technologies to create immersive experiences for brands, tracks, stages and audiences around the world and whose latest work takes on medical neuroscience technology to materialize pioneering visual work; and researcher and biologist Filipa Bessa, winner of the United Nations Oceans Day Oceanic Photo Competition in 2018, specializes in marine plastic pollution and the effects of human activities on marine and coastal ecosystems. Opening the Sónar+D Conferences are artist Trevor Paglen and academic Kate Crawford, leading figures in researching and disseminating artificial intelligence’s social and political implications, who will explore current issues in AI (Artificial Intelligence) and politics of new technologies.

Climate change, natural resources conservation, artificial intelligence and its ethical implications, misinformation, algorithms, and the media are also brought together at the Sónar+D Exhibitions shown in multiple parts of Fábrica Lisboa. The festival welcomes many options during the three days, justifying more than one visit. The immersive sound art “Nati Infiniti”, curated by Joana Seguro and authored by the musician Alessandro Cortini (known for his work in Nine Inch Nails), will bring to life the perfectly preserved machinery found in the different floors of the Moagem building. Sonar+D will showcase works specially conceived for the festival, a commission of three Portuguese artists: INDUCED THEOREMS & WORLDLY CONJECTURES OR HOW TO GET TRAPPED IN A LOOP by André Gonçalves – musician, visual artist, and graphic designer – who converts loop (a building block of electronic music production) into mechanical sculptures as a reflection of the sometimes-wasteful nature of technology; CASULO – STILL FREE by the painter Francisco Vidal, surrounds the audience with a bold and colourful universe, using VR technology; and WETLAND by Cláudia Martinho, presenting an immersive listening experience of the Tagus river wetland ecosystem, the most important in Portugal, a natural sanctuary for migratory birds, threatened by the construction plan of a new airport, which could destroy the delicate balance of one of the most important ecosystems in Europe.

The ten digital pieces by international and Portuguese artists, the large-scale installation by Artworks and the artistic collective based in Porto berru complete the highlights of the Sónar+D Exhibitions.

Startup Lisboa Beato – Fábrica do Pão will be the stage for the third and final segment of Sónar+D: which includes AV shows, live music experiences oriented towards the confluence between creativity, music, technology, and innovation. From hurricanes to unicellular organisms and dying stars, reflecting on societal concerns such as climate change or data surveillance while exploring the synergy of sound and image. A format deeply related to the audiovisual and technological field, connecting artists who are exploring the intersections between science and technology using digital tools.

From artificial intelligence to virtual reality, from blockchain to computer-generated imagery breakthroughs – presentations like the one by pianist Marco Mezquida (April 9, from 7:00 PM until 7:45 PM) dialoguing with an AI system or the collaborative process in real-time between a DJ and the audience, mediated by AI, in the Awwz AI B2B DJ set (April 9, from 6:00 PM until 6:45 PM). These are some of the proposals that invite everyone into an immersive reflection.

Tickets are available on the official website SonarLisboa.pt and authorized ticket partners, with a limited number of General and VIP passes being back on sale. There are different ticket types that allow the audience to create their own experience – day and/or night – centred on a single venue or throughout the various locations of Sónar Lisboa 2022.

Alexander McQueen presents the AW 22 collection, inspired by the idea of mycelium which represents interconnection and community.