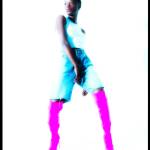 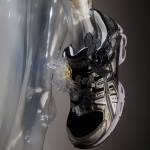 Sónar 2023 synthesises 30 years of constant innovation in the celebration of electronic music and culture. It marks three decades of Sónar as a space for discovery and inspiration, and as both a mirror and a platform for multiple generations of local and international artists.

Sónar unveils the first 66 artists in a programme which will feature over 100 live performances and DJ sets, including, as always, the newest and most influential sounds around. A group of names that provides a first look into the stellar celebration planned for 2023.

As it has done throughout its history, the line up for 2023 embraces the entire spectrum of electronic music: from dance-floor heat to exploratory experimental sounds.

Enric Palau, co-director of Sónar, explains: “The festival marks its 30th anniversary with an entirely electronic line-up that celebrates club culture, the role of the DJ as a cultural symbol of our time, and the diversity of sounds at the heart of today’s electronic music scene. It does so with a wide representation of emblematic artists – those who have grown alongside Sónar over the years and are now considered masters of the form- plus some of the hottest names in electronic music today”.

Sónar also reveals the striking visual image for the 30th anniversary. Sergio Caballero, co-director of Sónar, explains: “Sónar has processed the past 30 years of visual campaigns with Artificial Intelligence. The AI has carried out 29 training sessions, each one of them based on a visual campaign from the festival’s history. In seeking to acquire the ability to generate images that could fit into each of these campaigns, the AI trains itself and generates a multitude of trial and error results. It is in the beauty of these errors that Sónar has found the image for its 30th anniversary”.

This year’s visual campaign riffs on Sónar’s legacy of unconventional approaches to festival branding, processing 30 years of its history through innovation, using a new technology that’s itself in constant evolution.

Similarly refusing to sit still when it comes to innovations in experience, Sónar will introduce a brand new version of Sónar by Day, featuring redesigned formats and spaces – such as the emblematic SonarVillage by Estrella Damm.

Furthermore, in 2023, Sónar+D reaffirms its place as the unmissable annual event for professionals from across the creative industries, art, music, science and technology; a space for the exchange of ideas and where collaborations and co-creations are developed. This year, it will offer a special morning programme of masterclasses, lectures, demonstrations and meetings exclusively for delegates: Thursday 15th June will be dedicated to innovation in music, while Friday 16th June will focus on the relationships between art, technology, science and society. The exhibition space at Sónar+D 2023 will also increase in size, offering more space to present projects that cover video; 360º sound; Virtual Realitzzy (VR) and Augmented Reality (AR) tools; and prototype creative technologies. An open-call will be soon launched for participation in the different parts of Sónar+D, offering the opportunity to exhibit projects in this new exhibition area; or alternatively present them at community meetups.