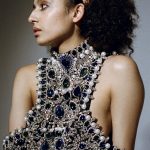 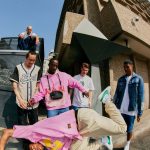 Camera company, Snap Inc. today announced at its annual Snap Partner Summit an array of new features across its platform and demonstrated how the AR experiences it has built alongside its partners seamlessly weave into our daily lives, improving the way we live, learn, communicate, and even shop.

What was once a vision for a future with computing overlaid on the world around you, is now reality, and available through the Snap Camera, today.

Alongside new features, Snap announced that Snapchat now reaches over 600 million monthly and more than 330 million active users around the world. Snap also now works with over half a million partners, creators, and developers to provide its community with innovative products and services.

Over the past year, Snapchatters have shared content from partners’ apps, like songs from Spotify or tweets from Twitter, over 6 billion times on Snapchat. And finally, Snapchat is ranked the #1 happiest platform when compared to other apps.

Snap’s AR community is building real businesses using Snap’s technology. These developers represent almost every country in the world and have built over 2.5 million Lenses that have been viewed over 5 trillion times. To help support further AR innovation, Snap today introduced features including Lens Cloud.

Lens Cloud is a freely available collection of backend services that vastly expands what developers can build in AR. Storage Services, Location Services, and Multi-User Services will unlock more dynamic, useful, and interactive AR. Features include:

●  Storage services: this makes it possible to build complex and interactive Lenses by storing assets in Snap’s cloud, and call on them, on-demand. And, storage is persistent, so Snapchatters can pick up on sessions where they left off last time

●  Location services: allows developers to anchor their Lenses into custom locations around the world. Or, they can use Snap’s city templates. The first city is London, and is available right now in Lens Studio. More will be available in the coming year

●  Multi-User Services: shared AR across multiple users is possible within the same Lens
Soon, Lens Studio will feature Ray Tracing, making AR elements look even more true to life. With Ray Tracing, it will be possible for reflections to shine from AR objects in a way that’s true to life. This is the first time a capability like this is scaling across mobile devices.
Camera Kit has lots of momentum with brands like Samsung, Disney, and Microsoft’s Flipgrid, to developers making an app for the very first time. Samsung used Camera Kit to bring Lenses to the native camera of their Galaxy A Series. Since then, their customers have played with Lenses over 1 billion times and they have committed to bring Snap’s camera into their Galaxy F and M series devices.
AR Shopping News
Since January of last year, more than 250 million Snapchatters have engaged with AR shopping Lenses more than 5 billion times. They also rank Snapchat the #1 platform for sharing shopping moments.
Snapchatters love using AR for try-on. Zenni Optical’s AR Lenses have been tried on over 60 million times by Snapchatters. Lenses that used true-size technology drove a 42% higher return on ad spend compared to Lenses without. This week Snap is introducing several new technologies to advance the way brands can bring products to their customers through AR:

●  Introducing Snap 3D Asset Manager: it makes it faster and easier for businesses to build augmented reality shopping experiences. Brands can now request, manage, and optimise 3D models for any product in their catalogue. Now, Shopping Lenses can be created in seconds, and at no additional cost. This advance will increase conversions and reduce returns – brands can create highly converting try-on experiences while ensuring minimal returns thanks to Snap’s size prediction technology

●  Introducing a new kind of shopping Lens for trying on outfits without ever having to change clothes, powered by our AR Image Processing Technology

●  Introducing Dress Up: a new destination on Snapchat that brings together the best of AR fashion and try-on from creators, retailers, and fashion brands all in one place. Available in Lens Explorer, or soon just one tap away from the Snap Camera in AR Bar, Dress Up invites people to browse, discover, and share new looks from around the world. Snapchatters can also easily return to the products they love, because Snap has enabled the ability to update user shopping preferences in Profile settings. This will be the first dedicated surface for fashion experiences on Snapchat.

●  Introducing Camera Kit for AR Shopping: Snap’s offering its commerce partners a new opportunity to bring the best of Snap’s camera for AR try-on right to their own apps and sites with Camera Kit for AR Shopping. Camera Kit for AR Shopping is an AR SDK that brings Snap’s try-on Lenses into retailers and brands’ product detail pages to enhance the digital shopping experience for their customers. Camera Kit for AR Shopping works across Android and iOS, and will soon work on websites too.
Live Nation Partnership
Snap announced a multi-year partnership with Live Nation that will elevate performances beyond stages – creating a deeper connection between artists and fans – through custom-built, immersive AR – only available on Snapchat.
From Lollapalooza in Chicago and Wireless Festival in London, to Rolling Loud in Miami and The Governors Ball in New York, festivals will be transformed through Snap AR, starting with Electric Daisy Carnival in May.
Developer News
Gaming partners are finding real success building lightweight, social games for Snapchat – over a third of Snap’s partners have made over a million dollars, and several are coming back to build more. Snap also announced a new feature for developers to add social experiences to Minis.
Snap introduced Minis in 2020, offering partners a way to use our html5 gaming platform to build bite-sized social experiences within Snapchat. Today, there are more than 20 Minis from partners including Ticketmaster, HBO Max, Poshmark, Headspace and more that help the community do everything from shopping with friends to registering to vote.

There’s a spectrum of opportunity for creators on Snapchat to grow their audience, from Stories to Spotlight to Discover, and they’re building real businesses on our platform. Creators like Mia Finney, who reached an audience of over 40 million Snapchatters on Spotlight in just three months, generated six-figures from Snapchat last year.

For creators syndicating a show, shows are monetized with Snap Ads and Commercials, and there is a revenue share component. We’ll reveal that more than 25 Spotlight creators have syndicated shows on Discover, which were collectively watched by over 155 million Snapchatters in the second half of last year.

On Snapchat, content stands out thanks to our AR platform. Nearly two-thirds of Spotlight submissions use one of Snapchat’s creative tools or an augmented reality Lens.

● Introducing Dual Mode editing tools: it’ll be even easier to make videos that stand out with new Director Mode editing tools available within Snapchat. For example, our new Dual Camera feature lets you use the front facing and back facing camera at the same time to capture a 360 perspective

Snap is taking its favourite parts of the Snapchat Camera, the joy, the fun, the spontaneity and bringing it to new heights with a flying camera called Pixy. It’s pocket sized, and operates on its own, without controllers or anything complicated to set up. It floats a few feet above you and captures photos and videos, then lands in the palm of your hand after the flight. Everything it shoots gets downloaded into your Snapchat Memories.Pixy is only available while supplies last, in the US and France. Before Pixy takes flight, Snapchatters should check in on applicable laws and regulations for the US and France.

IN CONVERSATION WITH THE DANCE GROUP “THE RUGGEDS”