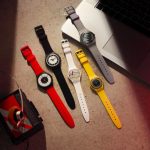 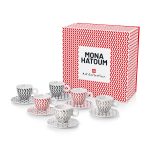 Havana Club and international musical icon Skepta are proud to announce the next chapter of their global collaboration, a limited-edition rum, Rum of Skepta. Following the creation of two unique Havana Club 7 Rum bottles in summer 2020 and 2021, which drew inspiration from the entwined roots of the brand’s Cuban birthplace and Skepta’s own Nigerian heritage, Rum of Skepta is the pinnacle of a journey which has paid ode to creative impulses, inner strength and the power of community.

Rum of Skepta marks an exciting new chapter in the Havana Club story, seeing a musician work alongside the brand’s Maestros to create a unique, one-of-a-kind spirit. The maturation of the collaboration – and an accumulation of the previous chapters of the project – Rum of Skepta was made to encapsulate a feeling of refined elegance, a symbolic emblem of growth, achievement and luxury. Created by Skepta himself alongside Maestro Ronero Asbel Morales in Cuba, during a visit in early 2020, the transporting blend reflects this mood, with a round, balanced flavour profile, subtle on the palate. It is the result of an exceptional meeting of those at the top of their respective fields, and continues a proud tradition of rum creation in the country, something richly embedded in Cuban culture.

Rum of Skepta will be produced in a limited-edition batch of just 3000 bottles and stocked in the United Kingdom at The Arts Club in Mayfair, a storied London member’s club which for over a century has provided a haven and meeting place for artists, writers and musicians, as well as luxury Knightsbridge department store Harvey Nichols. In Cuba, Rum of Skepta will be found at the historic Museo del Ron Havana Club. It will also be available to purchase online in a number of European countries – the United Kingdom, Germany, Belgium, Czech Republic, the Netherlands and Spain.

The collaboration between Havana Club and Skepta began in 2019, when Skepta first visited Havana, Cuba. Struck by deep and entwined links between Cuban traditions and those of his own West African Yoruba heritage through paths of migration, the first two chapters of the collaboration – a pair of redesigned Havana Club 7 Rum bottles – captured this cultural infusion in their labels, which featured traditional Nigerian symbols. This sense of discovery also brought Skepta to the metaphysical Cuban concept of aché, “the universal energy behind all things,” as he describes. “It is what empowers each and every one of us, every day.”

This feeling of global community and cultural exchange – shared values by Havana Club and Skepta, and the heart of this collaboration – continues with Rum of Skepta. The apex of a symbolic journey which began last year, this chapter was inspired by a return to Skepta’s home city of London, and the lifestyle he now has as an award-winning artist and cultural force. The namesake rum was designed to capture this sense of achievement, with both Havana Club and Skepta hoping to encapsulate growth, elegance and luxury with both the bottle’s design and blend.

A cinematic short film and accompanying photographic series celebrate the release, curated by Havana Club and Skepta. Drawing inspiration from gentlemanly symbols of British pop culture, it captures Skepta’s multifaceted elegance – here dressed for an evening with friends in London, his home city – giving a playful glimpse into the artist and icon’s world.

Find out more about the collaboration and how to purchase the limited-edition bottle on Havana Club's website.

In conversation with Mona Hatoum