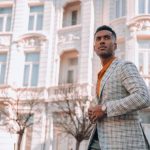 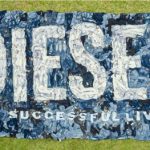 SHOWTEK ENLIST THERESA REX FOR WISTFUL SINGLE ‘WHAT IS LOVE’

World-renowned duo Showtek return to headlines with their latest triumphant release ‘What Is Love.’ Featuring vocals from Theresa Rex, best known for her work on Martin Jensen’s mega-hit ‘Solo Dance’, Showtek’s production offers an uplifting dance instrumental while Rex’s lyrics paint a picture a shade darker. ‘What Is Love’ is available on all streaming platforms now via Universal Music.

‘What is love without someone to love ya?’ Theresa Rex’s lyrics provide the focal point of Showtek’s newest single, exploring themes of unrequited love and relationship struggles. The resonating vocals were created by Canadian singer/songwriter Jessie Reyez. However, the production of ‘What is Love’ sharply juxtaposes the somber topic. After opening with a light synth line, the chorus blossoms into an exuberant dance affair complete with a brightly synopacted bass rhythm and an immediately catchy top melody. Capped off by Rex’s soaring vocals, ‘What Is Love’ is an earworm that combines broad pop appeal with modern club sensibilities, grounded in classic dance production while harnessing a forward-thinking sound.

"What is love. A philosopher's favorite question. For musicians like us it’s a great way to express how we feel. The 90's house music style is a big part of our lives and inspiration personally, and a perfect way to lay that sentiment down into a track. We wrote this one with Jessie Reyez and love how Theresa Rex performed her vocals on this. Both great artists we loved working with.” – Showtek

"I just love this song, I love the lyrics, the vibe, the whole thing. I'm so glad it's finally out for the world to hear. Working with Showtek has been so easy, I feel like we had the same vision for the song and I hope it shines through." – Theresa Rex

Showtek is a revered Dutch DJ/producer duo consisting of Wouter Janssen and Sjoerd Janssen, a dynamic team that has been actively producing their unique take on dance music since 2001. The brothers dominated the underground hardstyle scene until 2011, garnering attention thanks to hits  ‘FTS,’ ‘The Colours Of The Harder Style’ and ‘Black’ just to name a few. After a decade of being on top of the hardstyle scene, selling out solo shows and releasing two studio albums, it was time for a change and a new challenge.

The following year, their style of dance music shifted with the onset of the EDM boom, which paid off in the form of multiple groundbreaking smash hits. These include 2012’s collaborative track with Hardwell, ‘How We Do’, 2013’s ‘Get Loose’, ‘Cannonball’, ‘Booyah’, ‘We Like To Party’, 2014’s ‘Bouncer’, and platinum-awarded ‘Bad’ with David Guetta and VASSY, all of which currently collectively sit at an impressive 600,000,000 combined streams via Spotify and almost 1 billion views on YouTube to-date. In the last three years they also collaborated with Major Lazer, Moby and Wyclef Jean. The industry titans have opened their own imprint, Skink Records, and have gone on to gather firm support from dance music mainstays the likes of Calvin Harris, Skrillex, and Tiësto, to name a few. Showtek have also graced the decks of some of the world’s most famed festivals and nightclubs, such as Manchester’s Don’t Let Daddy Know, The Netherlands’ Mysteryland, Ibiza’s Pacha, Las Vegas’ Electric Daisy Carnival, Singapore’s Zouk, Miami’s Ultra Music Festival, and Germany’s Parookaville. Nearing two decades since their inception, this well-established act is now creatively pursuing the world of pop in full force, with a worldly, culturally-infused urban flair. Showing no signs of slowing down, the wiley veterans have already added several standout tracks to their extensive discography in 2021, including ‘Pum Pum’ with Sevenn, ‘Someone Like Me’ with Lxandra, and now ‘What Is Love’ with Theresa Rex.

Danish singer Theresa Rex has been the voice behind a string of global hits, earning hundreds of millions of streams in the process. Inspired by the vocals of Billie Holiday, Janis Joplin and Donna Summer, Theresa Rex fell in love with music from an early age. One day, while playing jazz at the local town square, Theresa’s voice caught the attention of a passing producer and songwriter team, who fell for her expressive voice and pure talent. They asked her to sing on Martin Jensen’s ‘Solo Dance’, which went on to be a major global hit, amassing over 650 million streams across platforms. Ever since, fans worldwide have been intrigued by who was behind the amazing voice. From then Theresa went on to feature on multiple international releases, including her chart-topping collaboration with Jonas Blue ‘What I Like About You,’ which has received more than 250 million streams and was awarded gold plaques in The UK and Italy. In January she and the Canadian DJ Frank Walker released a stunning cover of Sixpence None The Richer’s ‘Kiss Me’ which has streamed more than 6 millions across platforms. Additionally, Rex’s recent single with Alle Farben ‘Sex’ is racking up streams, rapidly approaching 1 million Spotify streams in under a month. Meanwhile, Theresa Rex’s ongoing solo project has more than 20 million streams, and has been remixed by DJs like Rowen Reeks, Nightcall and Wankelmut. Already one of the most in-demand vocalists in the industry, the sky's the limit for this budding superstar.

THE NEXT CHAPTER ABOUT SUSTAINABLE DENIM AT DIESEL: INTRODUCING DIESEL LIBRARY