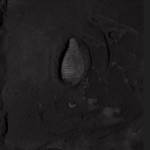 Iranian-Dutch polymath Sevdaliza has become one of our generation’s leading artistic voices through her revered sonic exploration and unrelenting pursuit to push boundaries. Following a jaw-dropping premiere of the upcoming Anyma x Sevdaliza release “Samsara” at Printworks last Friday which saw Sevdaliza suspended in the air above the DJ booth demonstrating how digital art, music and technology will play a huge role in tomorrow’s music industry, today [Wednesday 30th November] she shares news of her next London appearance in 2023 – a special one off immersive experience on 21st March at OUTERNET which she will shed light on soon.

Earlier this year, she released the Raving Dahlia EP via her own label, Twisted Elegance including recent tracks “HOMONCULUS – OH  MY GOD”, “The Great Hope Design” and “High Alone”. Conceptually was born out of Sevdaliza’s own precarious experience in the music industry and her journey as a woman, the project signified the arrival of a new era for Sevdaliza. Mirroring her own personal evolution, the body of work showcases Sevdaliza expanding the parameters of her critically acclaimed signature electronic sound into new sonic realms. Pivotal on many levels, Raving Dahlia puts the power in the hands of women, serving as an instrument to provide women with their freedom of choice and ability to redefine “perfection” to ultimately achieve true liberation.

DIOR PRESENTS THE SAVOIR-FAIRE OF SKINS